A bit of thigh candy from Lady Gaga

And Mother Monster deserves a round of Applause for being able to show off her balancing skills at the same time.

She appeared to be pulling off a yoga move in these pictures, posted on Instagram, but didn’t bother documenting any attempts at a Downward-Facing Dog…

Last week Gaga — who is engaged to Hollywood agent Christian Carino — celebrated the sixth anniversary of her Born This Way Ball tour. 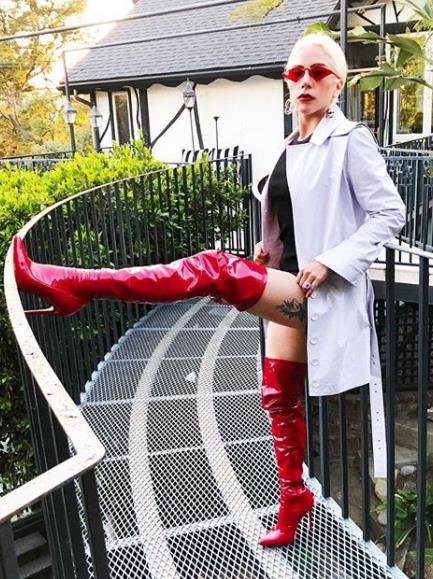 ‘A special time and such a special show that I will never forget. At the heart of my art there is a message. It reads: just love yourself, and you’re set,’ she gushed.

the 32-year-old, who in 2016 won a Golden Globe for her role in American Horror Story, will soon be showing off her acting skills again in the upcoming remake of A Star Is Born.

PREVIOUSNew dad Macklemore: The risks of losing my family keep me sober