JENNIFER LAWRENCE took it on the chin when she was attacked by social media trolls on a US TV show.

The Hunger Games actress was among a string of stars confronted with rude Twitter messages about themselves as part of the ‘mean tweets’ segment on chat show Jimmy Kimmel Live.

‘Bet Jennifer Lawrence gives really unenthusiastic handjobs,’ J-Law, 27, read out before quipping: ‘How do they know?’ 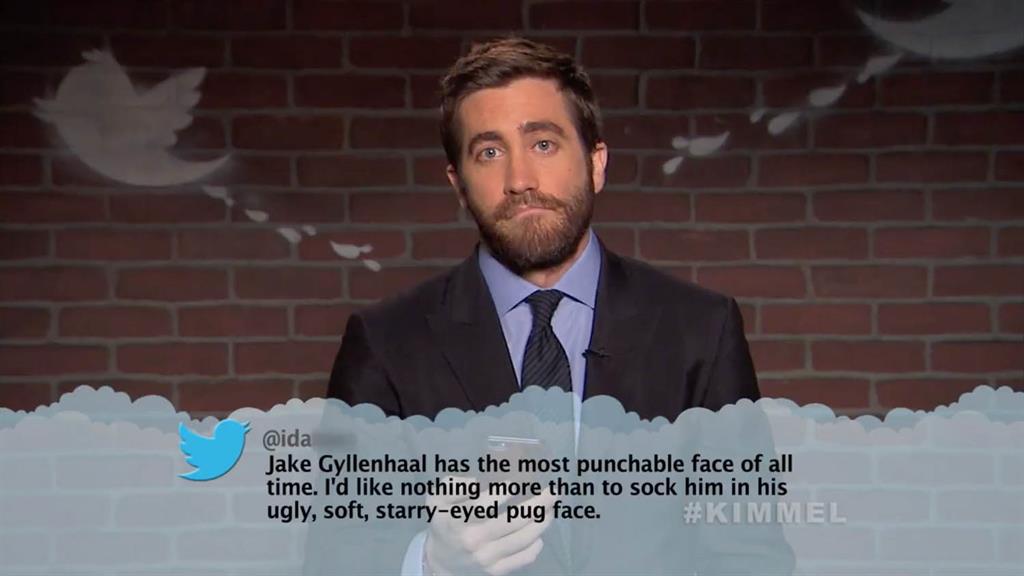 We think the anonymous tweeter sounds like a real jerk. Jake Gyllenhaal, 36, rolled with the punches when one hater said they wanted to ‘sock him in his ugly, soft, starry-eyed pug face,’ while Gwyneth Paltrow, 44, was advised to ‘stick to steaming her vagina and shut the f*** up’.

Jennifer Aniston, 48, also couldn’t help but smile after being randomly compared to ‘a bag of flour [that] got its big break’. 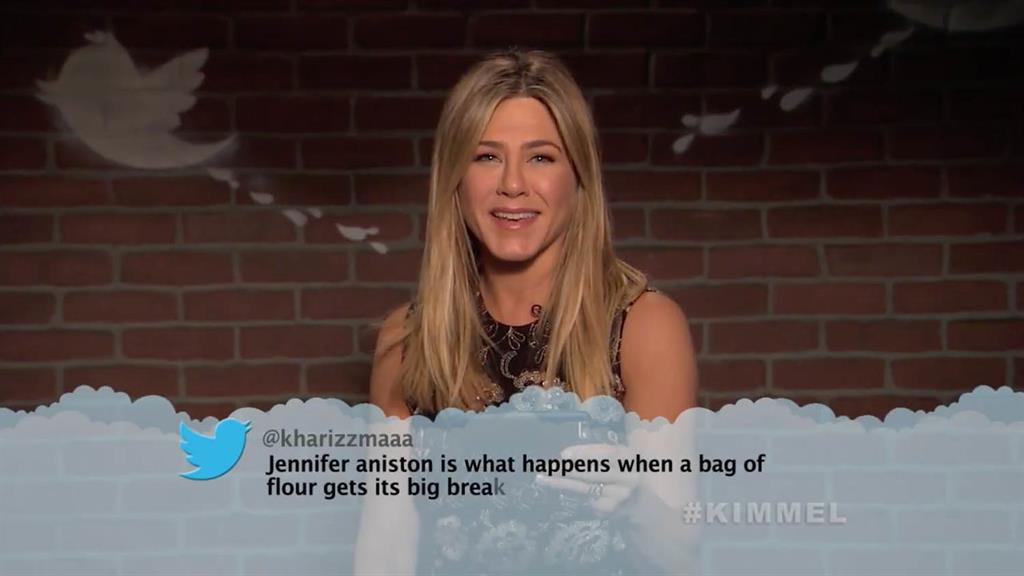