The controversial comedian, famed for embarrassing prominent people while disguised as Borat or Ali G, was seemingly planning to ambush the royal guest with a lavatorial joke — not suitable to be repeated here — as he picked up his editor’s special gong.

The shock gag was met with a mixture of grumbles and muted laughter from the celeb-studded room at Tate Modern. 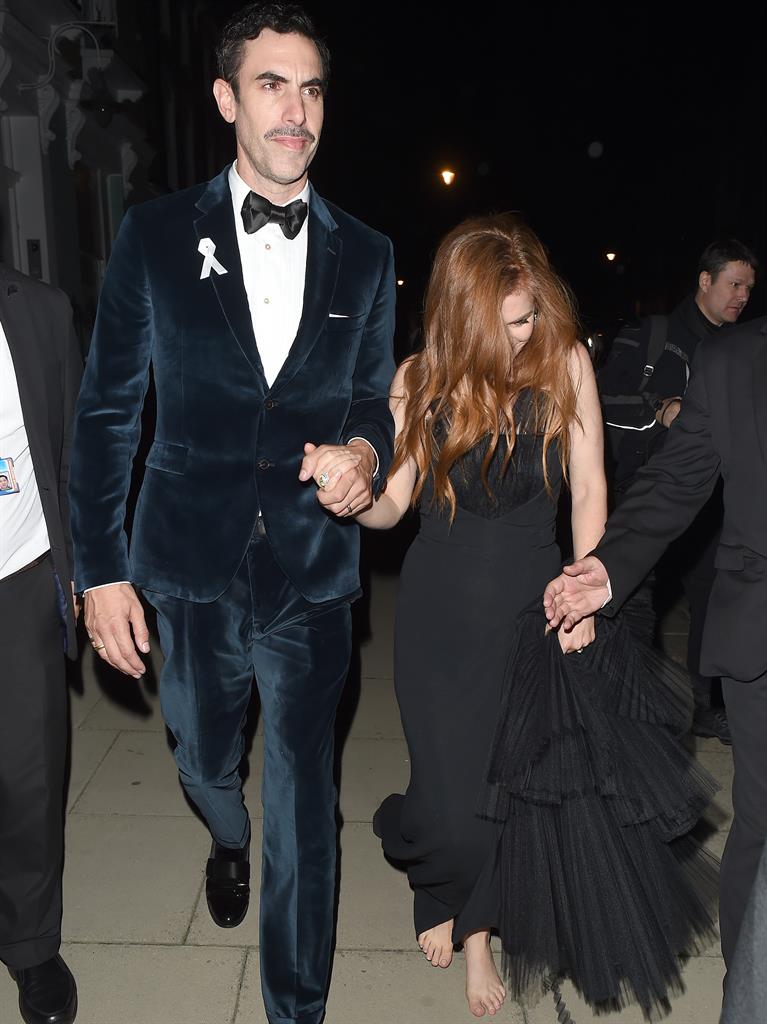 But the Prince of Wales was spared the Who Is America? prankster’s gutter talk, having already left the dinner.

In a twist of fate, it was actually Charles who earned the bigger laughs from the room when he was honoured earlier for his philanthropic work.

Showing off his comedic side, the 69-year-old prince said of his own trophy: ‘I can see it’s something I can throw at the burglar.’

Meanwhile Baron Cohen’s missus, Wedding Crashers star Isla Fisher, was heard fretting to chums at one table about her invitation to present the writer of the year prize.

‘There’s so many more famous people than me, why do I have to present?’ asked the 42-year-old.

However, in the end the Australian actress looked as if she had had some fun after all — she was last seen being escorted out of the event by her husband without her shoes on.

PREVIOUSGoops! Gwyneth Paltrow forced to make payout over those eggs