After a baby, it feels Eva so hard to go back to work

EVA LONGORIA is dreading life as a working mother following the birth of her first child.

The former Desperate Housewives star wore no make-up as she stepped out two months after giving birth to her son, Santiago Enrique.

Longoria, 43, teamed white jeans with see-through heels for a date night on Monday with her husband José Bastón, 50. 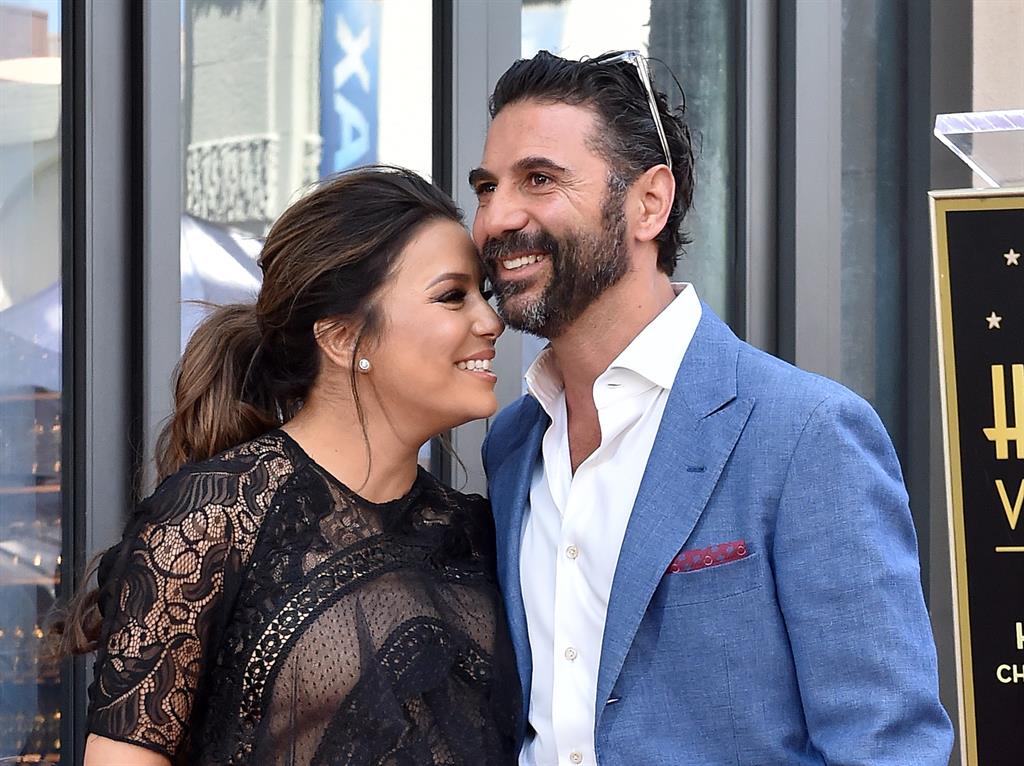 Before their meal at LA celeb haunt Mr Chow, the actress confessed she is in no rush to return to her job as executive producer on TV drama Grand Hotel.

‘My son will be two-and-a-half months old and I can’t even think about it right now,’ she explained.

‘I enjoy our routine and our days together. I actually miss him when he’s sleeping, so I’m like, “Ugh. Hurry up and wake up, so I can play with you and stare at you and kiss you and cuddle you, bite, hug you!” So the thought of going back to work… I get anxiety thinking about it.’

She also told Hello! that when Santiago was born, she felt as if she had known him forever. Describing the moment she was alone with her son for the first time in the hospital, she said: ‘It’s magical. He was born so alert! It was like he said, “Hey! I know you!” It’s as if I knew him my whole life.’

PREVIOUSIs it love and carriage for Jamie?