SINGER Adele has been described as an ‘angel’ after making a low-key visit to London’s stricken Grenfell Tower.

The Hello hitmaker held back tears as she attended a vigil last night for those who had died or were still missing after yesterday’s blaze.

Eyewitnesses said Adele arrived, dressed in black, without an entourage but with her husband Simon Konecki. 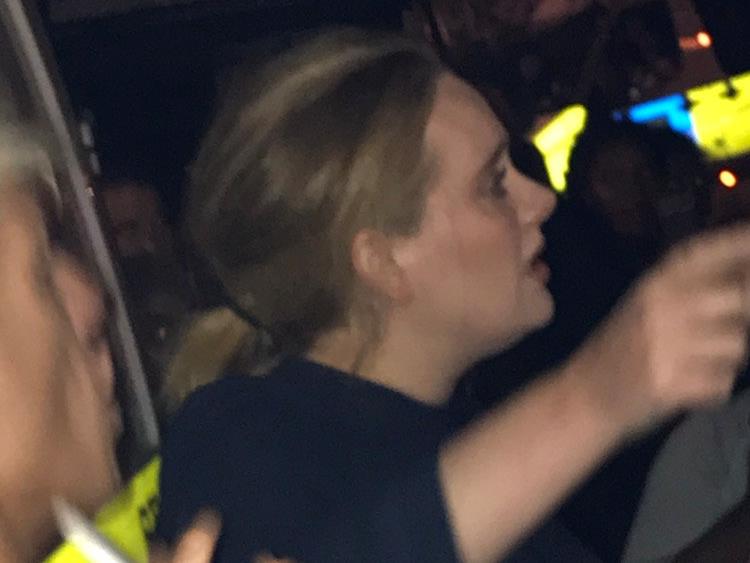 Tom Maughan told the Press Association: ‘She was so nice. She was going around talking to people.

He added: ‘She didn’t have any security with her. It was a bit surprising. She wasn’t hiding her face.’

One Twitter user reported that the mother-of-one looked distraught as she saw first-hand the devastating scenes.

A fan account reported Adele was ‘going around and hugging everyone she could to comfort them’.

Another tweeter posted: ‘The fact that Adele has gone to Grenfell tower and not said a word about it just proves how amazingly sincere she is… Adele is an angel, she deserves heaven, biggest heart ever, so proud of her.’