PITCH Perfect star Anna Kendrick saw the funny side when she was mistaken for Anna Kournikova — and even hinted she might have a crush on the tennis ace’s man.

The actress (pictured above) got to showcase her off-the-wall sense of humour when a news outlet got its Anna Ks confused while posting a story about Kournikova and her partner Enrique Iglesias’s newborn twins.

Posting a screenshot of the story on Twitter, Kendrick joked: ‘Dear Yahoo: how do I get to this timeline where I’ve slept with Enrique Iglesias please and thank you.’ 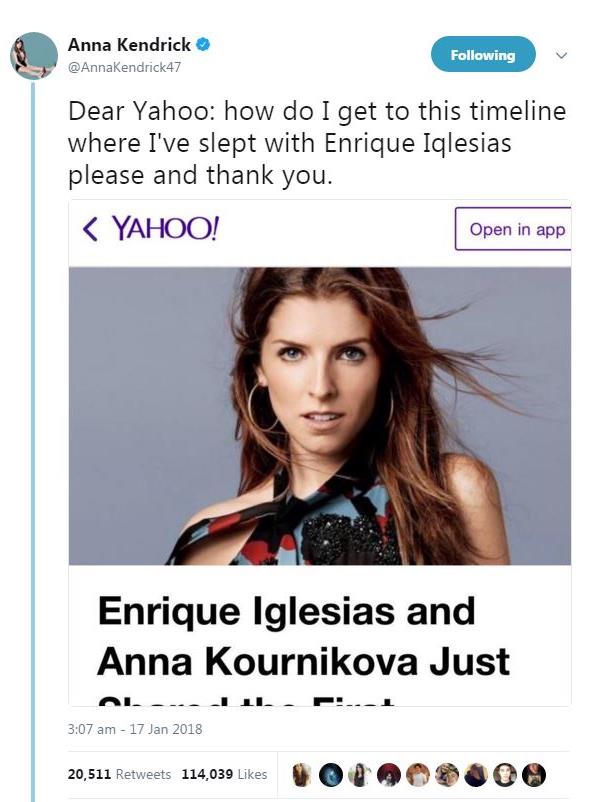 Later she added: ‘I realise the confusion probably came from the two Anna K names, but she’s a tall blonde athlete and I’m — oh, oh — do they think I’m the baby?’

Kendrick’s fans lapped it up, with one posting: ‘This is kinda hilariously awesome,’ while another joked: ‘You had twins with him and you don’t even remember?? Wow, Anna, that’s low.’