Ariana Grande blast tributes pour in from the celeb world

CELEBRITIES across the globe pulled together today in condemnation of the terrorist attack that took place last night at singer Ariana Grande’s Manchester concert.

Liam Gallagher, former frontman of Manchester band Oasis, laid off the expletives for once and tweeted: ‘In total shock and absolutely devastated about what’s gone down in Manchester. Sending Love and Light to all the families involved LG x’

And David Beckham, former Manchester United footballer, posted a picture of a Union Flag bearing the name of the northern city. 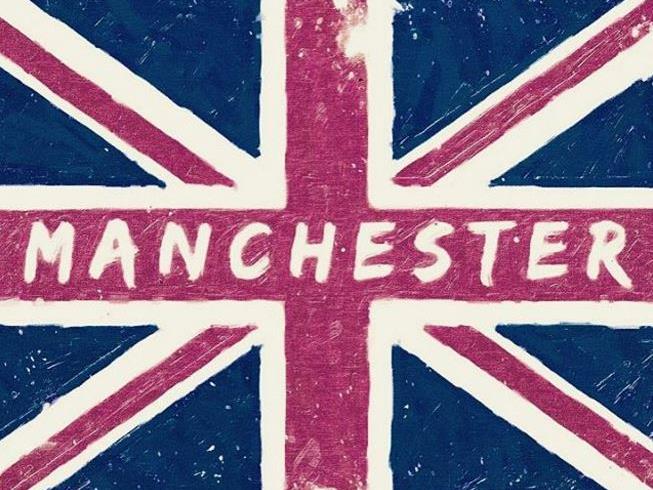 Underneath it he wrote: ‘Heartbreaking news from Manchester. As a father & a human what has happened truly saddens me. My thoughts are with all of those that have been affected by this tragedy.’

His wife Victoria, meanwhile, posted a picture of a Manchester balloon alongside her own message, which read: ‘My heartfelt thoughts and prayers for all those affected by the tragedy in Manchester last night x VB’. 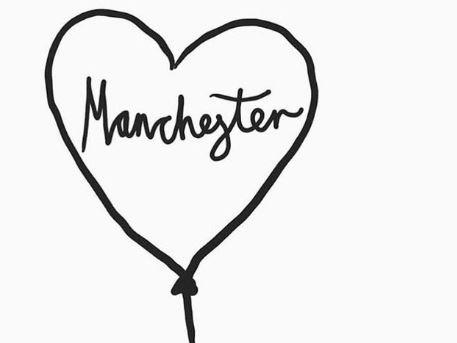 Newcastle lass Cheryl Tweedy, who only recently gave birth to a son, Bear, wrote: ‘Absolutely sickened & angered by this senseless, evil attack. Thoughts are with everybody effected. Such a disturbing time we live in.’

While the father of her child Liam Payne said his thoughts were with those ‘experiencing such tragedy’, and his former One Direction bandmate Niall Horan described the attack as ‘horrendous’ and Harry Styles said he was ‘heartbroken’.

Turn Back Time singer Cher recalled the city fondly, tweeting: ‘MY PRAYERS GO OUT TO PPL OF MANCHESTER… HAD SPECIAL TIMES THERE FROM YOUTH & BEYOND.’

As did Rihanna, who posted: ‘#Manchester has always been so close to my heart! These are innocent vulnerable kids, this could’ve been any of us! I’m devastated!’ 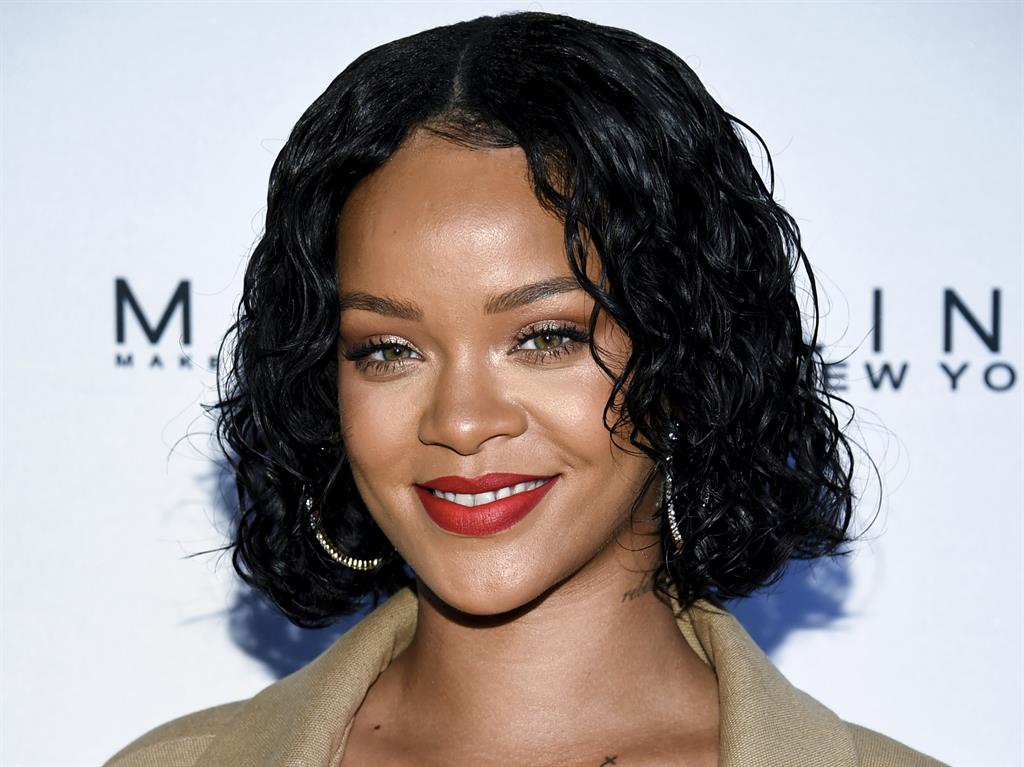 Meanwhile, other big names commiserated with their pal Ariana, who was said to be ‘in hysterics’ after the attack.

Singer Miley Cyrus posted a picture of the pair in onesies captioned: ‘Wishing I could give my friend @arianagrande a great big hug right now… love love love you …. so sorry you had to be apart of such a tragic event! my most sincere condolences to anyone and everyone affected by this horrific attack! all I can do is send as much HOPE & PEACE your way! This MUST end! No more war …. no more innocent lives taken …. L-O-V-E 💙❤️💜💚💛.’ 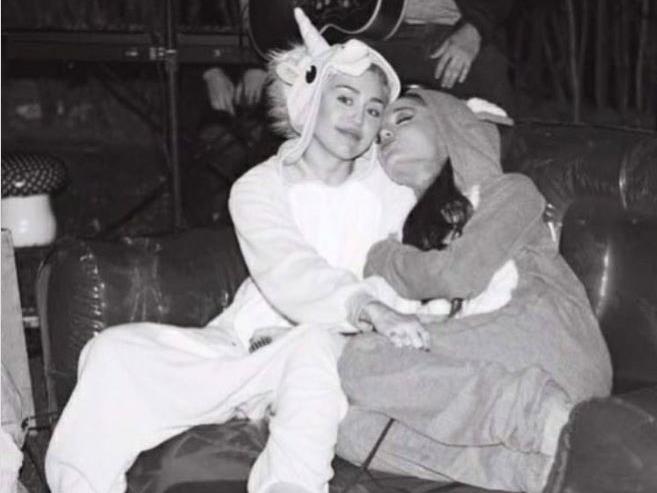 And rapper Nicki Minaj wrote: ‘My heart hurts for my sister, Ariana & every family affected by this tragic event in the U.K. Innocent lives lost. I’m so sorry to hear this.’

Another friend singer Taylor Swift posted: ‘My thoughts, prayers and tears for all those affected by the Manchester tragedy tonight. I’m sending all my love.’

Elsewhere, James Corden and Salma Hayek both teared up when speaking about the event.

Talking on the Late Late Show last night, Corden got emotional as he described the people of Manchester as ‘strong, proud, caring’, adding: ‘We’ll all go to bed holding our little ones even tighter this evening.’

Interviewed at Cannes, Salma revealed that if the attack had taken place at one of Ariana’s London gigs, she and her 9-year-old daughter might have been there. 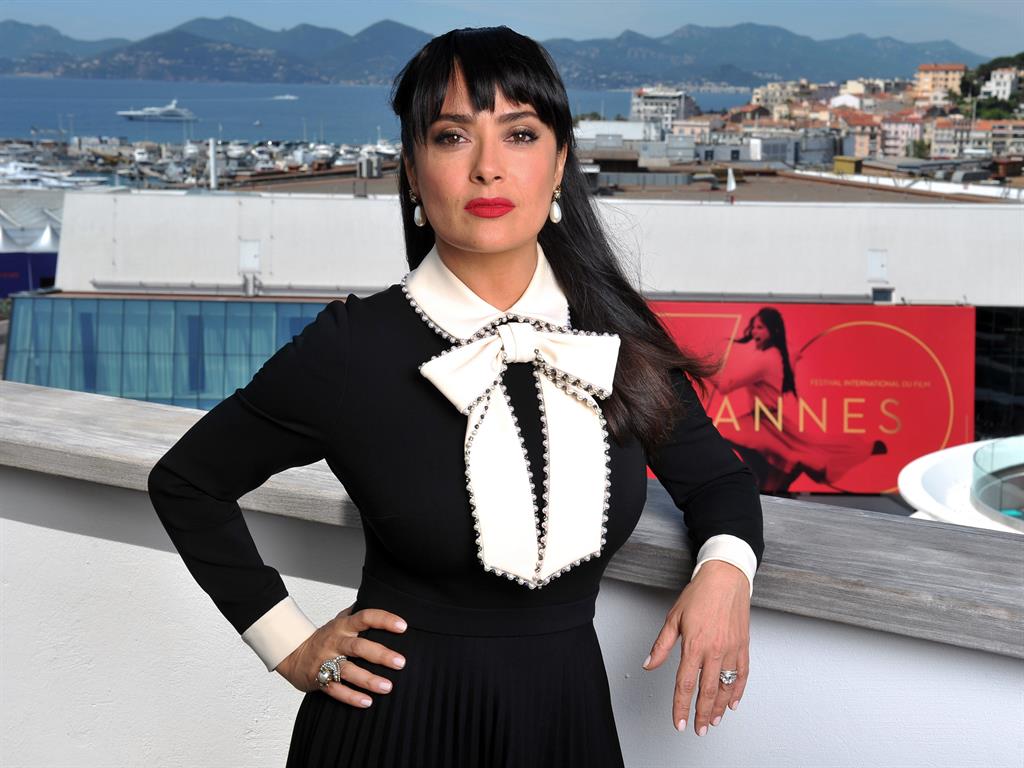 ‘I’m not sure what to feel today,’ she said. ‘I’m terrified and I don’t know what to say to my daughter. And I’m not going to pretend that I’m sorted out, that I’m very smart about it, because I’m still emotionally impacted.’

Meanwhile, Matt Healy of the band The 1975 knew exactly what he thought. 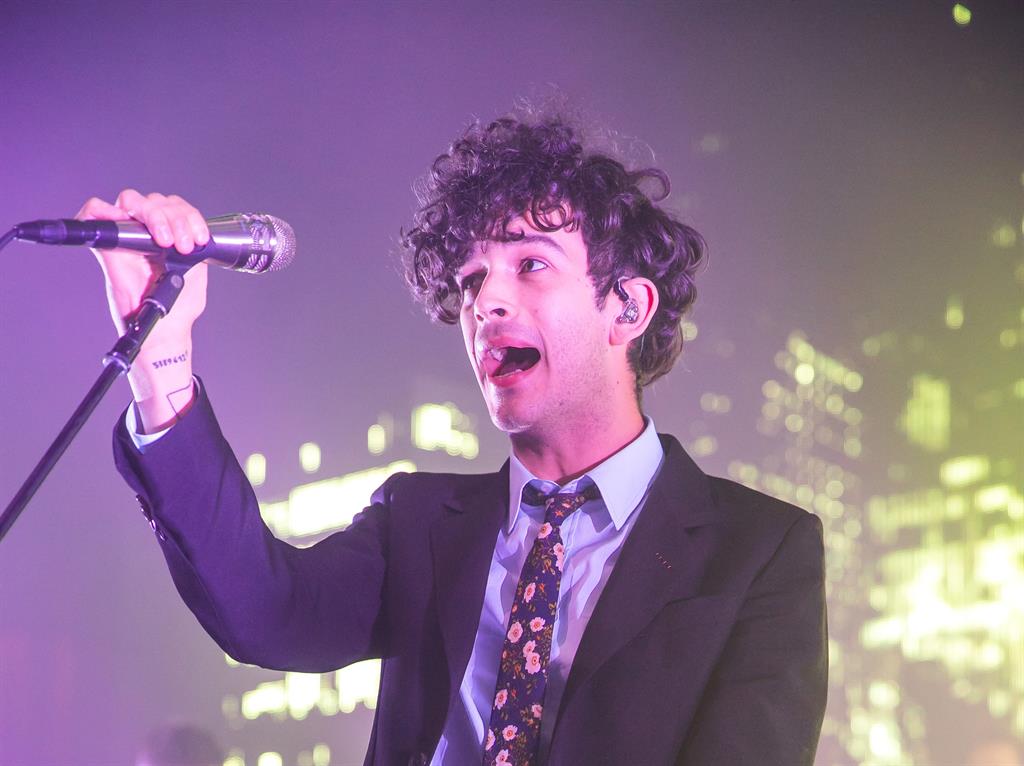 In a furious address to a Detroit gig, he ranted: ‘I’m bored of nationalism and I’m bored of racism… It’s over.

It was unclear at time of going to press whether Ariana’s London gigs, scheduled for this Thursday and Friday, would be going ahead.

Despite TMZ reports that the Side To Side singer had suspended her tour, the O2 arena account tweeted this afternoon that they were in contact with Ariana’s promoters and would ‘update as soon as we have further information about the planned dates’.

Take That, meanwhile, who had been due to play a gig in neighbouring city Liverpool tonight, definitely have cancelled their gig ‘out of respect to all of the people and their families that were affected by the horrific incident’.