At the afta the Bafta bash: Olivia Colman and Rami Malek drink for queen & country at winners’ banquet

IT WAS a battle to the last (orders) as Olivia Colman and Rami Malek partied for Queen and country to celebrate their his’n’hers Bafta wins.

Colman — who declared: ‘We’re going to get so p*****’, after being named leading actress for her role in The Favourite, proved as good as her word.

She was the last woman standing at a lavish winner’s dinner at the Grosvenor House Hotel yesterday morning.

The bleary-eyed star, 45, impressively managed to climb into a car by herself.

She had spent the night chatting to co-star Rachel Weisz, 48, who won the best supporting actress prize.

Their film, about rivalry in the court of Queen Anne, dominated the awards by winning seven gongs in total.

Bohemian Rhapsody actor Rami Malek looked in high spirits as he left the bash with his girlfriend and film co-star Lucy Boynton, 25, who was seen planting a kiss on his head in the back of their car.

After his best actor win at the Royal Albert Hall on Sunday, the 37-year-old chatted to Hollywood legend Glenn Close, 71, at the after-party.

The US actor, who portrayed Queen frontman Freddie Mercury in the film, said: ‘I was thinking on the way here what my younger self — the young baba Rami — would have thought about being at the Baftas.

‘We were at Kensington Palace last night. Things you just never think are going to happen in life. I guess, Freddie Mercury is the gift that keeps giving.’ 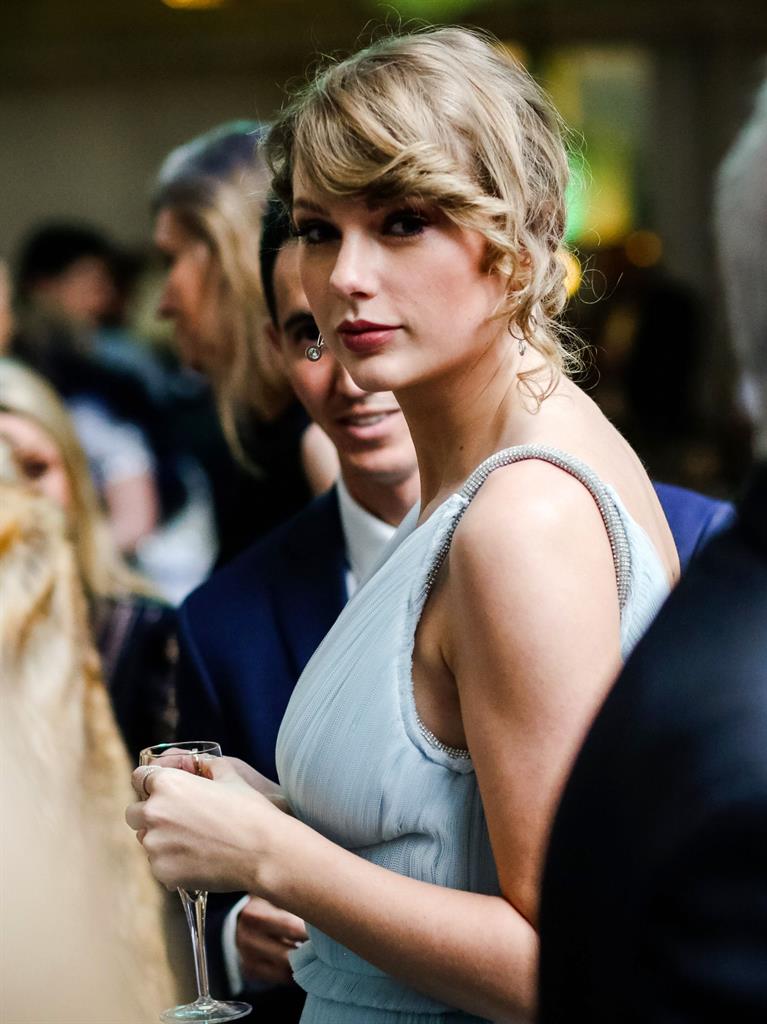 On the night they went public with their romance, pop star Taylor Swift, 29, and her British boyfriend Joe Alwyn, who stars in The Favourite, were also guests at the after-party.

They cuddled, laughed and took selfies with fellow guests as Swift did her best not to upstage the 27-year-old.

She spoke of her pride at Alwyn’s success before leaving via a service entrance.

But instead of exiting at the back, she and Alwyn left the club by the front steps hand-in-hand in full view of photographers.

Bridesmaids star Melissa McCarthy, 48, also had an escort — two security men helped her from her car as she got back to her hotel at 5am.

PREVIOUSQuincy Jones to present Michael Jackson’s Off The Wall, Thriller and Bad in concert