VICTORIA BECKHAM had her favourite fashionistas seated in the front row of her first London Fashion Week show — her four children.

After a summer of family holidays in Bali, Montenegro, Los Angeles and France, the Beckham clan were back in the capital yesterday to lend their support. 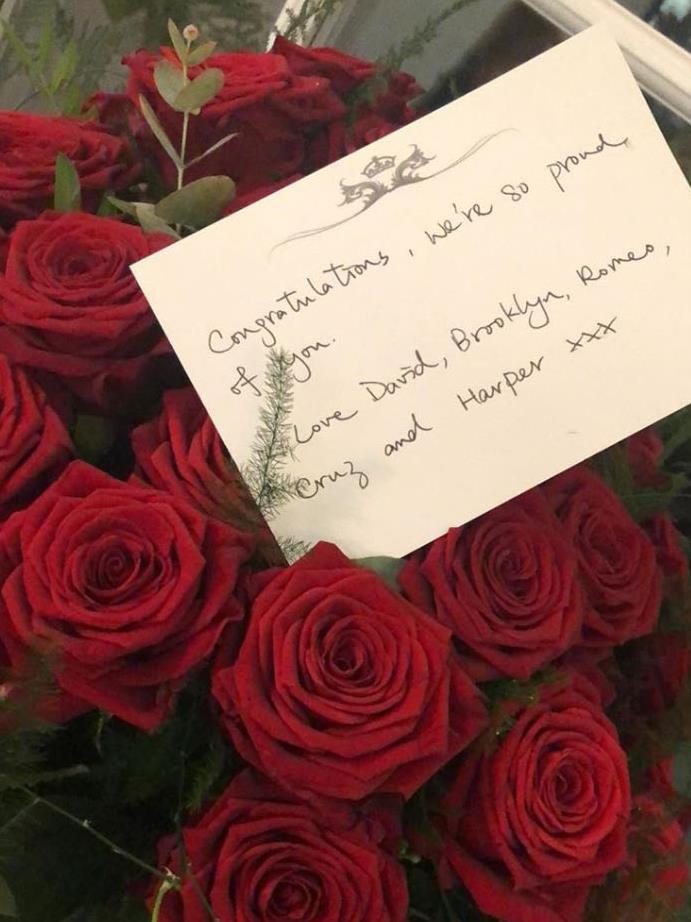 Posh’s parents Jackie and Tony Adams, plus her sister Louise, were also in the crowd, with friends including Vogue editor Edward Enninful and Gordon Ramsay’s wife Tana.

It was a triumphant homecoming for the former Spice Girl, who usually showcases her collection in New York, and she rushed over to kiss her family at the end of the event.

Romeo posted an image of the family on Instagram, writing: ‘Amazing show mum love you so much.’ And Becks chipped in: ‘We are so proud of you Victoria Beckham.’

Budding snapper Brooklyn took photos before the family gathered for a celebratory lunch.

Inside the bash, held next to the Victoria Beckham flagship store in Mayfair’s Dover Street, the 44-year-old designer was said to be tearful.

But there was no sign of emotion as she left the show wearing her trademark sunglasses, black trousers and oversized blazer.

The event, marking the fashion label’s tenth anniversary, was streamed live to the giant screens at nearby Piccadilly Circus.

NEXTAriana Grande pays tribute to Mac Miller with his music