BEYONCE has left some fans perplexed about the names of her babies after she revealed a picture of the twins.

The singer, 35, posted a snap on Instagram and captioned it ‘Sir Carter and Rumi one month today’.

But as the star, whose rapper husband Jay-Z was born Shawn Carter, did not describe their twins as ‘Sir and Rumi Carter’ in the caption, it has left a lot of people confused.

@kingsleyyy tweeted: ‘Beyonce wrote ‘Sir Carter and Rumi’ not “Sir and Rumi Carter” so is Rumi not a Carter or is Sir Carter Sir Carter Carter?’ 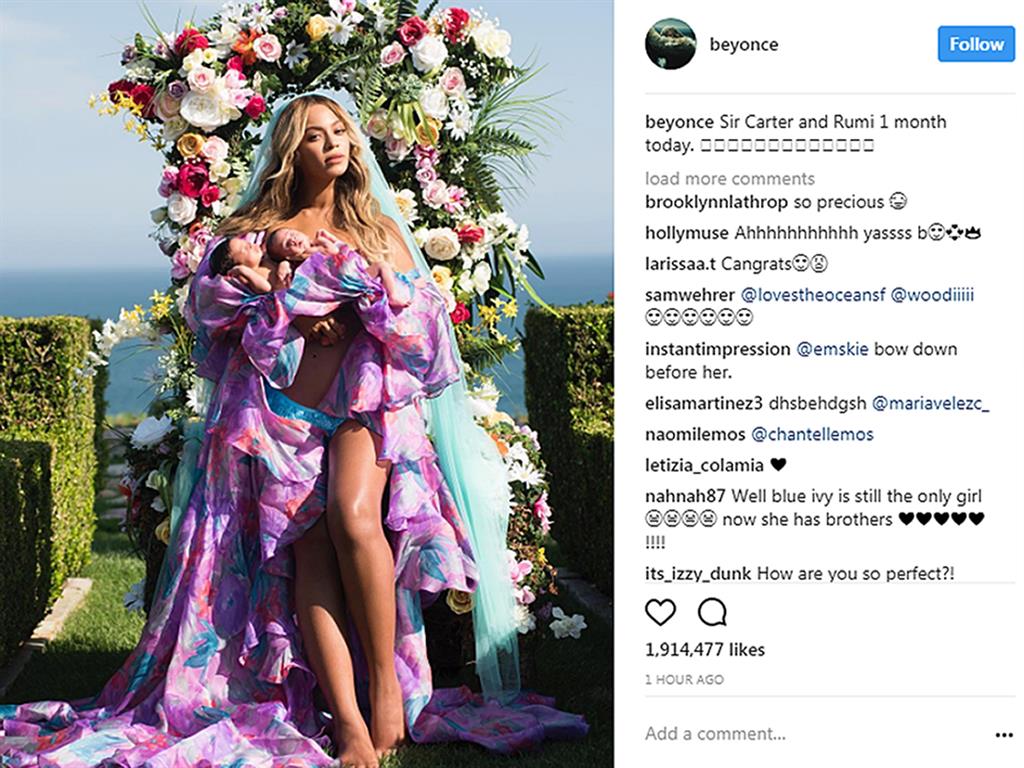 In the Instagram post, the singer is pictured cradling her twins while staring directly at the camera, and shows off her slim physique in blue underwear.

Purple billowing fabric has been draped around her and she wears a turquoise veil behind her head.

@Marcbernardin joked: ‘Well, Beyonce, we could go for understated. Subtle. Reserved”…”I literally don’t know what any of those words mean.’

Others want the Lemonade singer, already a mother to Blue Ivy, to confirm whether she has had a boy and a girl.

@Tennis-Jon wrote: ‘Beyonce and Jay, hedging their bets on the monarchy not being around in 50 years, decided to go ahead and knight their newborn. SirCarter.’

Others were simply overcome with Beyonce’s big reveal.

@Jenniferivyling wrote ‘Bey should’ve given a warning! I was not prepared for this tonight!’

NEXTDo you know your muggy from your melt? Love Island’s top 10 words revealed