Beyoncé reigns at desert fest… and has a few surprises

ALL hail Queen Beyoncé. The pop star made history by becoming the first black woman to headline Coachella — and it was certainly worth the wait.

Fans playfully nicknamed this year’s event ‘Beychella’ in anticipation of her performance — and their idol delivered.

‘Y’all ready, Coachella?’ she asked as she kicked off a set in Indio, California, on Saturday, before launching into hit Run The World (Girls). Accompanied by a marching band and hundreds of dancers, she raced through multiple outfit changes during a two-hour show at the festival in the desert.

There was a surprise reunion with former Destiny’s Child bandmates Kelly Rowland and Michelle Williams — and she was briefly joined by rapper husband JAY-Z for duet, Déjà vu, as well as dancing on stage with younger sibling Solange.

Politics flowed through her gig as she paid tribute to late singer Nina Simone and activist Malcolm X.

Bey, 36, also wore a crest emblazoned with a Nubian queen, a black panther, a black power fist and a black bee. 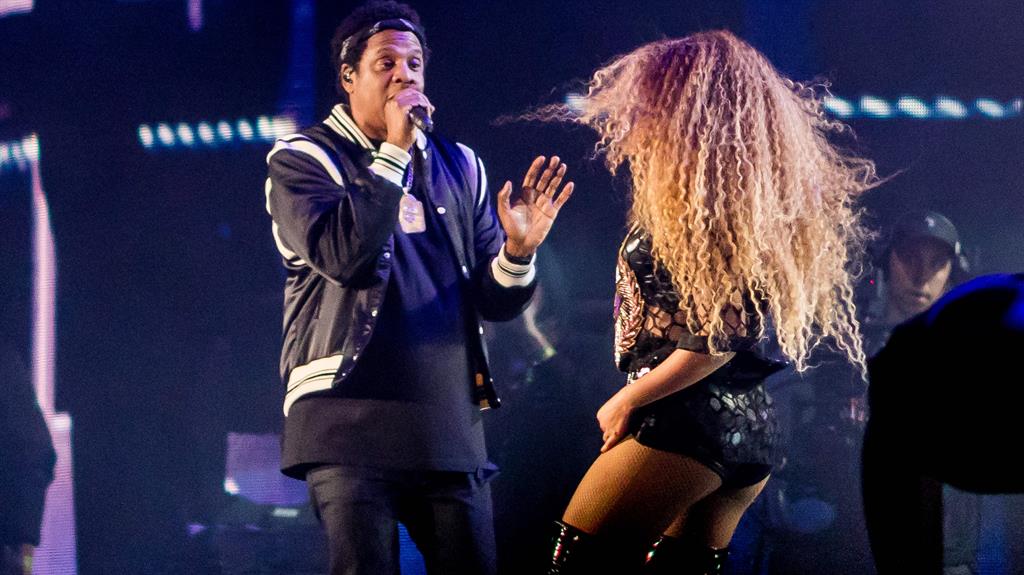 Closing her 26-song set, she said: ‘I’m so happy I am here. I was supposed to perform [last year] but I ended up getting pregnant. Thank God! So I had time to dream and dream and dream with two beautiful souls in my belly. I hope y’all enjoyed the show.’

Afterwards fans heaped her with praise. One tweeted: ‘The greatest living entertainer is a black woman named Beyoncé. This is not up for debate.’ 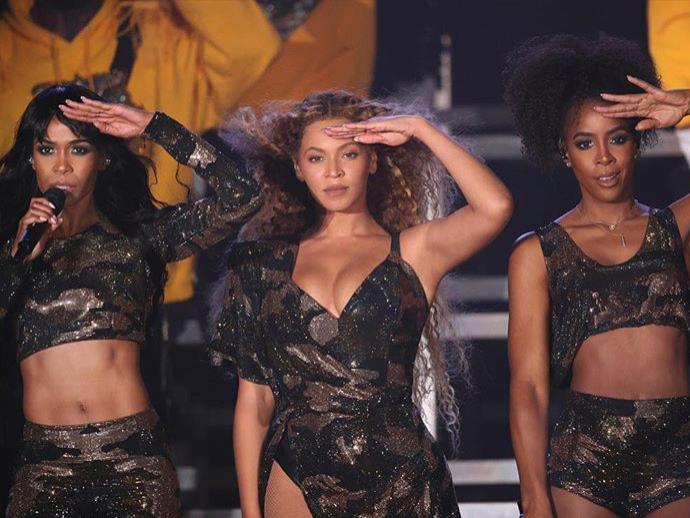 NEXTThat’s a RiRi bad disguise, Leo… but you got the girl