BEYONCÉ has set the internet alight once again — this time with an innocent dinner party snap.

The Run The World singer posted a series of pictures of herself rocking a figure-hugging red frock while out for a meal with hubby Jay Z.

But it was one in which she looks to be discussing something on the menu with a waitress that’s gone viral. 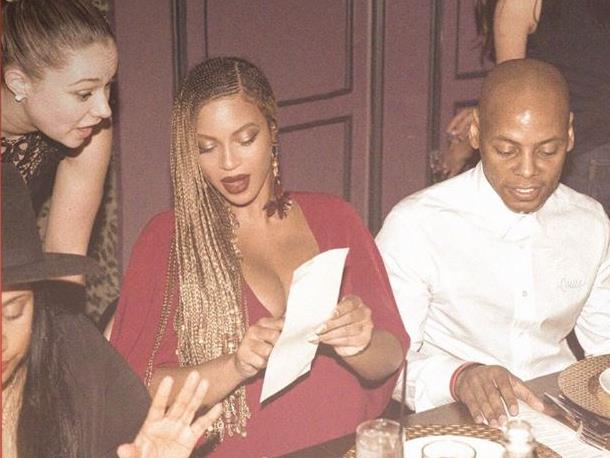 With more than two million likes and 12,000 comments so far, fans lost no time creating memes and speculating about what they might have been talking about.

One wag wrote: ‘Who is “Gratuity” and why am I paying for her food?’

Another quipped: ‘I actually invented Lemonade so it should be free.’

While a third wondered if even best-selling artists have trouble splitting the bill at the end of a meal just like us ordinary folks.

‘I only had an appetizer & a water…’ they wrote.