Fighting back tears, The Crown actress — whose role is being taken over by Olivia Colman in the third season — spoke of meeting people she ‘will love for ever and ever’ as she scooped the lead actress in a drama series prize in Los Angeles last night.

Foy, 34, and former Doctor Who star Matt Smith, 35, became embroiled in a pay row when it emerged he was earning more for playing the Duke of Edinburgh than she was for playing the queen.

But there appears to be no animosity between the pair as an emotional Claire said last night: ‘The show goes on, which makes me so, so proud. I dedicate this to the next cast, the next generation, and I also dedicate it to Matt Smith.

‘I had the most extraordinary two and a half years of my life. I met people I will love for ever and ever.’

This was Foy’s last chance to win for the role after she lost out to Elisabeth Moss for The Handmaid’s Tale last year.

Smith was less fortunate as he was passed over for a supporting actor prize, but another Brit star, London-born Thandie Newton, did triumph in her supporting actress bid, for her role in HBO’s sci-fi western Westworld.

Another Brit to win big was Welsh star Matthew Rhys, who bagged the male equivalent of Foy’s prize for US spy drama The Americans — pipping Benedict Cumberbatch to the post.

Despite taking the top prize, Rhys did not carried away and issue a surprise propose to his girlfriend and co-star Keri Lynn Russell — unlike director Glenn Weiss earlier in the evening — because, he joked with audience, she had told him, ‘I will punch you clean in the mouth’ if he followed suit.

On the writing side, Brit Charlie Brooker (pictured with wife Konnie Huq) won an Emmy for the USS Callister episode of Black Mirror. 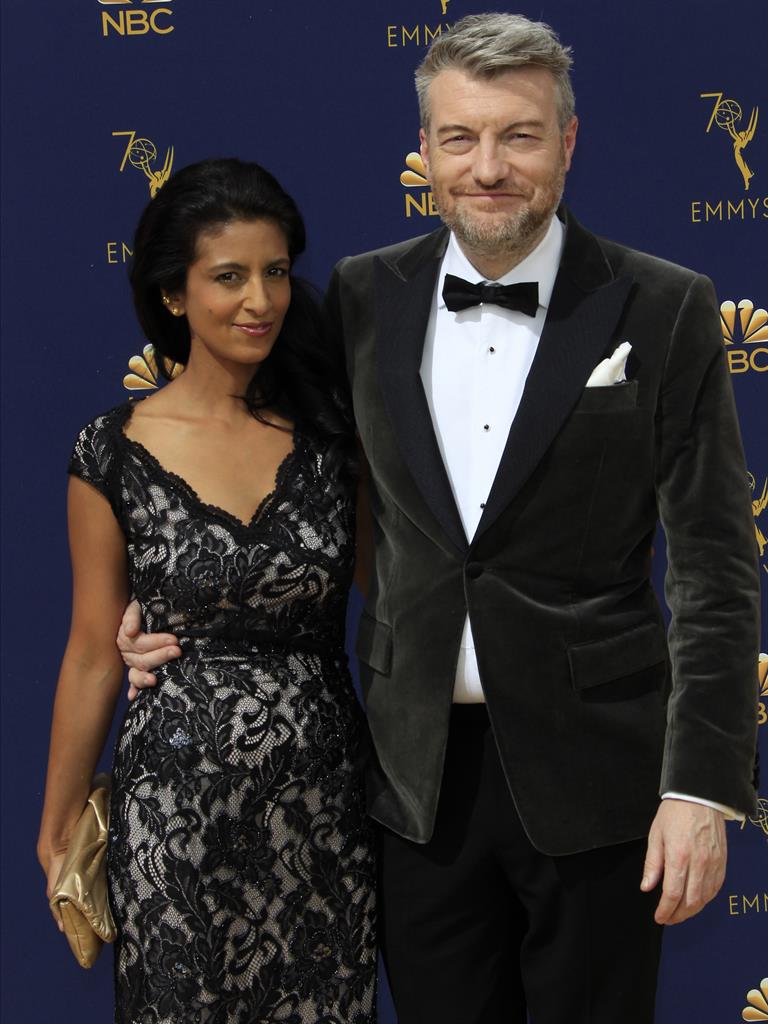 Elsewhere, Game Of Thrones regained its crown — after an absence last year due to the timing of its season — taking the prize for outstanding drama series.

HBO’s fantasy epic beat The Crown, Stranger Things, The Americans, This Is Us, Westworld and last year’s winner, The Handmaid’s Tale.

And Henry ‘the Fonz’ Winkler finally won an award — 42 years after he was first nominated for an Emmy for Happy Days.

The veteran actor, 72, scooped the outstanding supporting actor in a comedy series gong for his role as acting coach Gene Cousineau in HBO’s Barry.

Meanwhile, the night’s hosts Michael Che and Colin Jost trod a dangerous line, trading jokes sexual abuse in Hollywood, with Che saying it was an ‘honour to be here sharing this night with many, many talented and creative people in Hollywood’… who have not yet been caught.’

PREVIOUSNadiya Hussain: Why my marriage works