FEELING miserable about Britain’s washout summer? Well, these pictures of Rita Ora soaking up some rays aren’t likely to help.

The How We Do singer, sunning herself in Jamaica, has been keeping fans posted with her holiday hijinks — including cave-diving in her teeniest red bikini. Later, Reets shared a video of herself and her gal pals unleashing their inner daredevils by jumping from a (not too high) bridge.

Meanwhile, a peachy post from earlier in the week has received a lot of love from the 26-year-old’s producer pal Diplo. Rita Instagrammed a snap of herself reclining on a boat that says ‘ass bottom’ — with her own cossie-clad bot on show. ‘I wanna be that boat,’ quipped Diplo, 38. 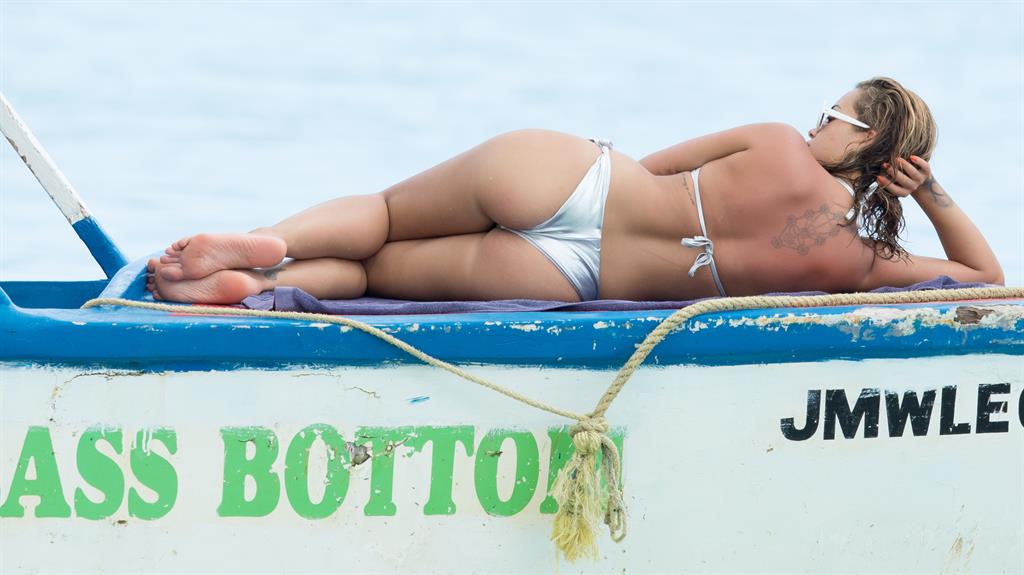 NEXTSimon Cowell: I didn’t know of Ant’s sruggles but I’m here for him now