Black to the Fuchsia! Ed under fire for clashing with Beyoncé

Two days later writer Shon Faye posted on Twitter: ‘Ed Sheeran is a 27-year-old man the fact we’ve enabled him to feel it’s ok to dress like this at all, let alone next to Beyonce really boils my p***.’ Her tweet gained traction as tens of thousands of people commented and retweeted.

Many agreed with Shon, but others said the stars’ outfits were simply part of their respective images. 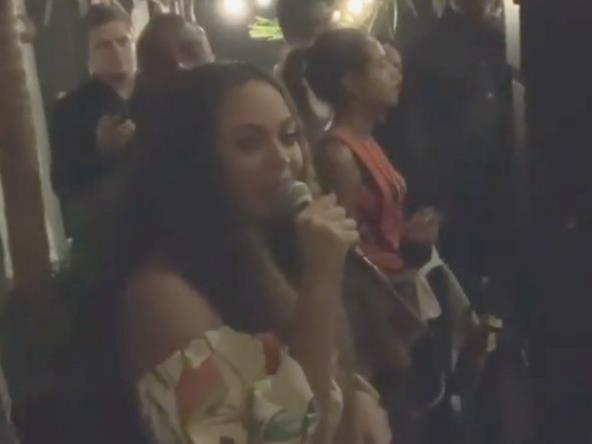 After headlining the Global concert, 37-year-old Beyoncé serenaded her hubby JAY-Z at a party in honour of his 49th birthday. Video footage shared by DJ Black Coffee shows her leading a birthday singalong.