WITH only one more episode to go, Bodyguard is sending its viewers into a frenzy of anticipation — with many left confused by last night’s penultimate episode and others convinced by conspiracy theories.

After the BBC hit — hailed as the biggest new drama on British television in more than a decade — drew an additional million viewers last night, fans took to Twitter to share their belief that Keeley Hawes’ character, the controversial home secretary Julia Montague, may still be alive due to her having a small, private funeral.

Even celebrity viewers joined in, with comedian Alan Carr writing: ‘I’m sticking my neck out here — I don’t think the home secretary’s dead.’

Some viewers also suggested that Montague may still be alive because Budd discovers a tablet containing sensitive information hidden behind a picture at her apartment, implying that Montague had left it for him and was therefore faking her own death.

‘I’m even more confused than last week. Only thing for sure is Chanel is shady. A very, shady lady,’ wrote one. 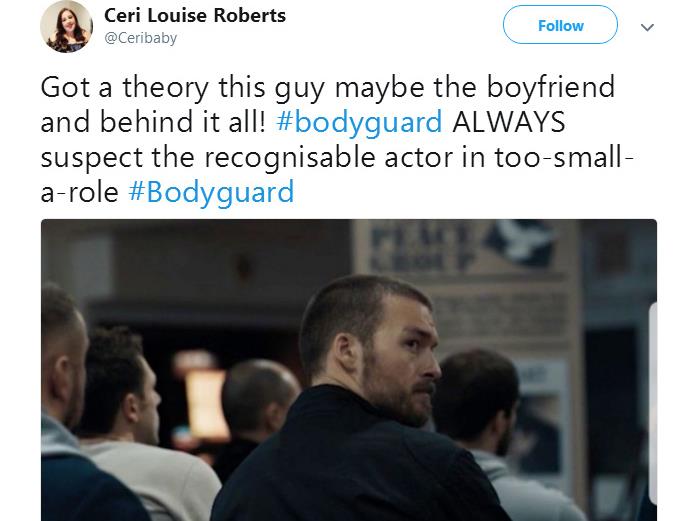 Another posted: ‘My #Bodyguard finale theory is that the inside man who planted the bomb was David Budd himself. They’ve tried to make us suspect everyone but him, but also raised enough red flags about his mental condition.’

All will be revealed in the finale on Sunday, September 23.

PREVIOUSChristine: I preferred my books to real life

NEXTJustin Bieber’s kiss for Hailey Baldwin… but are they wed?