THE Beckhams put on a picture perfect show for the launch of Brooklyn’s photography book — as the teenager revealed his mum spiced up life when she arrived at Glastonbury.

Popping the cork on the family trip to the festival at the weekend, the 18-year-old revealed that Victoria isn’t too Posh to knock back shots. All she needs is a slice of lime and pinch of salt with her tipple of choice, tequila.

Brooklyn, who was at Worthy Farm with dad David, admitted the ‘vibe’ changed when his ex-Spice Girl mum joined them on Sunday. 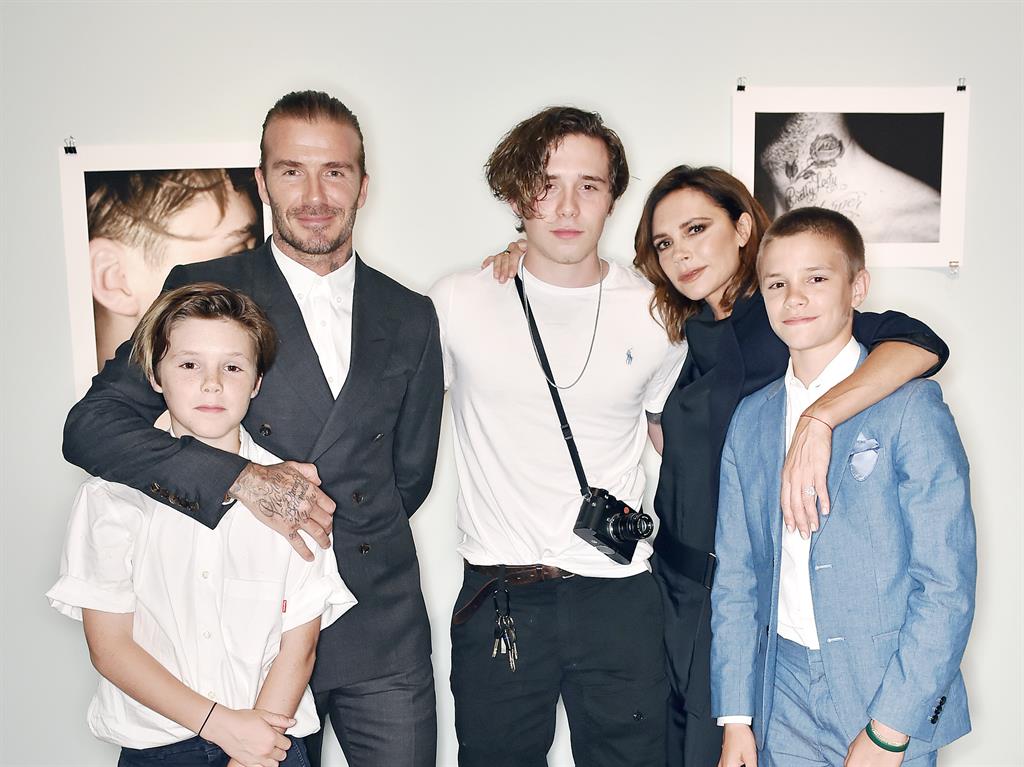 ‘The tequila comes out — she loves it,’ he laughed.

His cheeky revelation came after fashion designer Victoria, 43, posted a picture of a bottle of red wine on Instagram shortly after arriving at Glasto.

She and David put on a PDA-packed display as they danced the night away at Ed Sheeran’s gig.

Brooklyn also admitted he is nervous about making his next ‘big step’ in life — leaving home and moving to New York to study photography.

‘From September on, I can properly start my photography career. That’s where I want to be based,’ he said.

And he’s not planning to set up home in the borough of Brooklyn. ‘People always ask me!’ he exclaimed, quipping: ‘No, Manhattan.’

He revealed he will miss the close bond he shares with his 42-year-old dad — especially their gym sessions which, he confesses, are ‘sometimes a competition’.

And he said the former England captain inspired him to get his first tattoo — an inking of a Native American tribal chief which he has on his forearm. ‘I talked to my dad about it for two years,’ he told Radio 1 DJ Nick Grimshaw yesterday.

‘I saved up for so long, but it was nice to spend my own money on something I’m going to have forever — my dad has the same one on his side.’

Hours before his breakfast radio interview, Brooklyn was joined by his parents and brothers Romeo, 14, and 12-year-old Cruz — little sister Harper, five, stayed away — at an exhibition for his photography book, What I See.

He pledged to donate proceeds from the show, at Christie’s in London, to families affected by the Grenfell Tower fire.

‘I went down to help the day after it happened. I just really wanted to help out,’ he told Capital FM’s Roman Kemp.

‘It was crazy and so awesome to see everyone come together.’