STRICTLY Come Dancing fans are calling for the season opener to pay tribute to Sir Bruce Forsyth by reuniting a host of its former stars.

The legendary host, who died on Friday at the age of 89, fronted the popular BBC dance contest alongside Tess Daly for 10 years, from its launch in 2004 until 2014.

And now the show’s executive producer Louise Rainbow has promised fans that a fitting tribute will be paid. 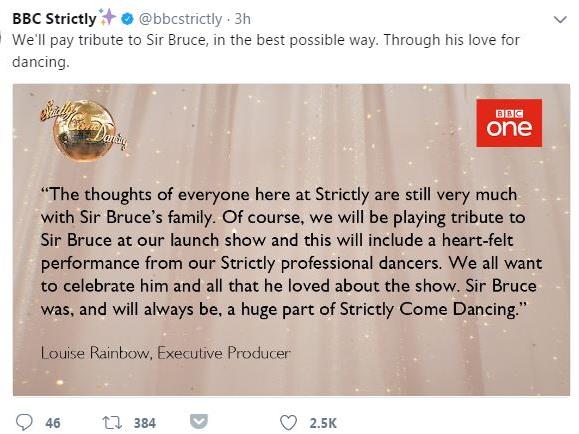 ‘Of course, we will be playing [sic] tribute to Sir Bruce at our launch show and this will include a heartfelt performance from our Strictly professional dancers,’ she wrote on Twitter.

The announcement has met with pretty unanimous approval, with one wit commenting: ‘It will be nice to see it, to see it, nice.’

Other Brucie fans called on the producers to enlist ‘all the old champions and pro dancers’ for the tribute dance.

And one had a special request: ‘Has to finish with the famous pose please.’ 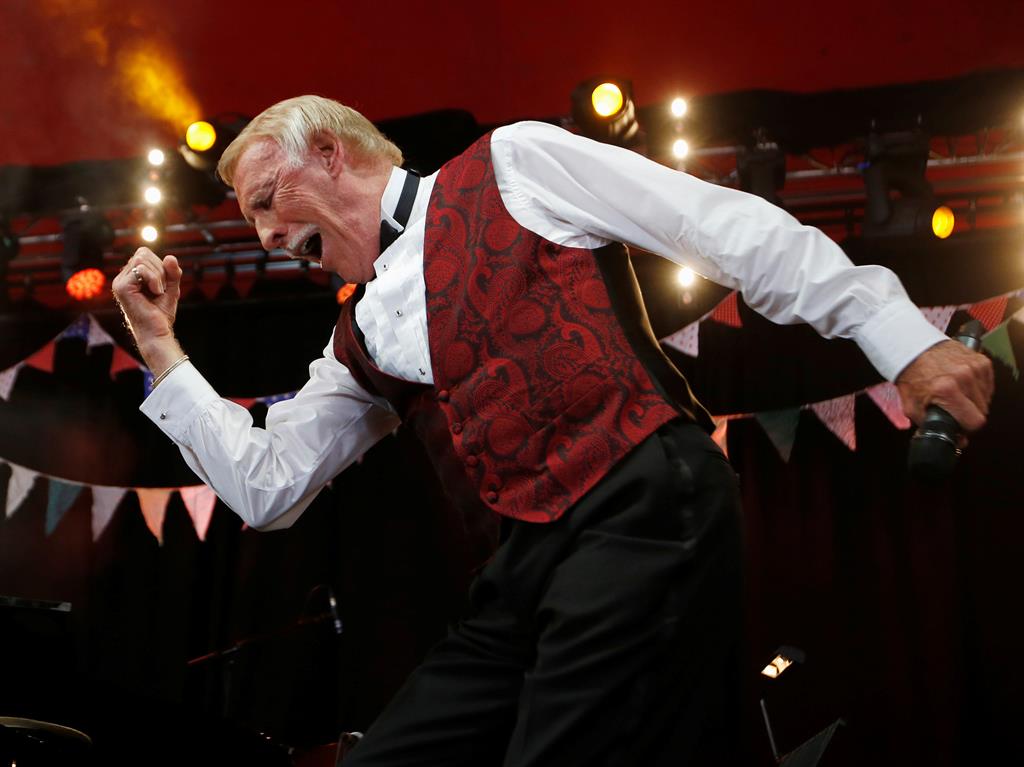 Sir Bruce’s family, meanwhile, has broken their silence to say how ‘humbling and comforting’ they have found messages of support in the aftermath of the star’s death.

‘Our hearts are truly broken and the tributes paid to him in the last few days have helped us tremendously through this very difficult time,’ they wrote.

And yesterday, Brucie’s co-host Tess posted a sweet throwback shot of the pair, commenting: ‘Forever in my heart … I grew up watching him on TV then spent 10 years pinching myself that I was standing by his side in the studio on Strictly Come Dancing. Thank you Brucie for the good times. I will never forget. xxxxxxxx ❤️’

Strictly Come Dancing returns at the end of September