CAITLYN JENNER has spoken out about her ‘struggle’ to maintain a relationship with the Kardashians.

In an exclusive interview with ITV’s Lorraine, the world’s most famous transgender woman admitted her daughters Kendall and Kylie Jenner with Kris Jenner and her stepchildren — Kourtney, Kim, Khloé, and Rob Kardashian — ‘don’t call’ as much as she would like.

‘Here’s what you struggle with,’ she said. ‘I raised 10 children to be strong and to be independent, to be good business people.

‘Now they’re out in the big bad world and making it, and from a parent’s stand point, they don’t call two or three times a day.

‘They have their lives. So you always wonder inside, is the reason they don’t call as much as they used to because of what I’ve been through, and transitioning or all that, or is it because they’re so busy?

‘You struggle with that, but overall I’m very blessed.’

Caitlyn also revealed that her kids were none too happy about the groundbreaking Vanity Fair cover shoot she took part in back in July 2015.

‘The reaction from my kids — the Jenner side — was, “Oh my God, don’t go down that route.” It’s a little too hot and sexy in a bustier kind of thing,’ she admitted to Lorraine. 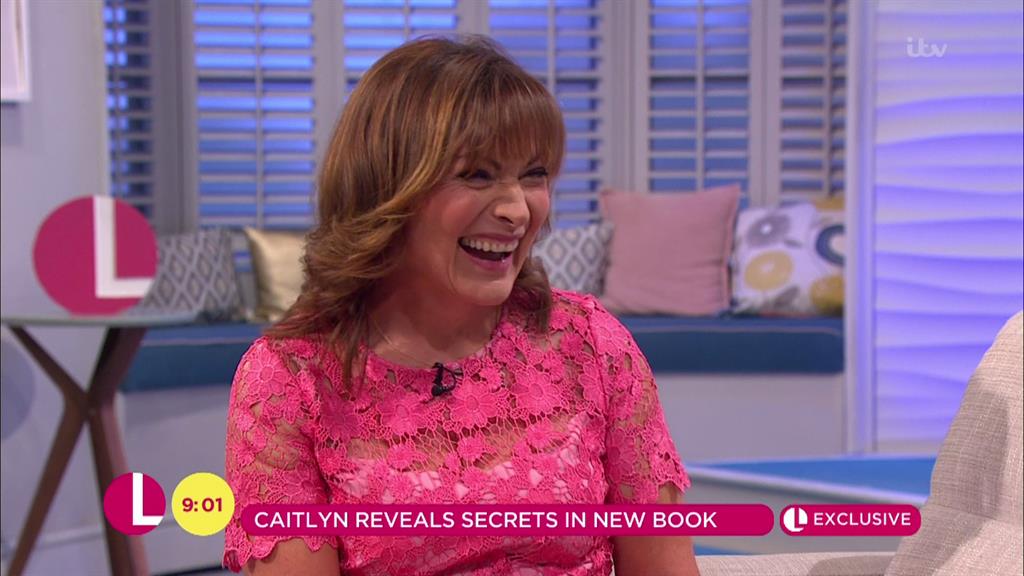 But Caitlyn herself, who publicly announced her name change from Bruce in that Vanity Fair article, couldn’t have been happier with the result.

‘From my standpoint, I had been hiding for 65 years. This is the woman that has been living inside of me for all my life,’ she said.

‘I actually really loved it just because of the shock value of it.’

But when Lorraine asked if finding a partner was part of Caitlyn’s life plan, she said: ‘That’s not high on my priority list.’

Returning to her relationship with the Kardashians, she added: ‘My life revolves around my family.’