Call an ambulance, Poldark’s taking his top off again!

The hunk hit the headlines again when he emerged out of the Cornish waves James Bond-style in the latest series of the BBC show.

Now he has revealed in an American interview that there were paramedics on hand in case he caught a chill. 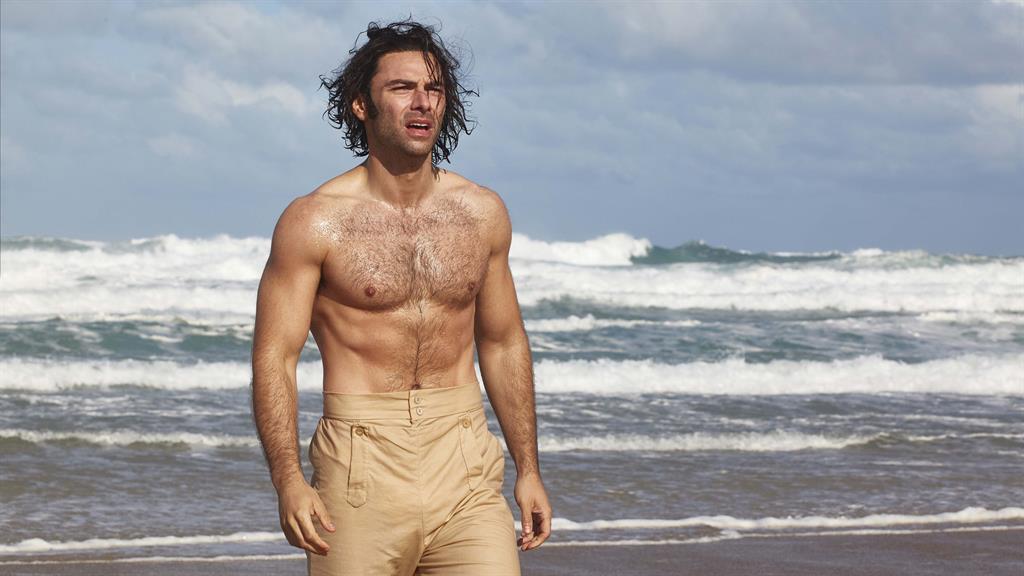 Forced to pose in the sea in water-logged breeches in the middle of winter, the 34-year-old — who plays lothario Capt Ross Poldark — revealed: ‘It was December and it was really cold. You have 20 people that rush in with foil wrapping you in towels and all these kind of things.’

He added: ‘There is certainly ambulance people there, there are paramedics around.’

The Irish screen hunk — who this week was spotted strolling in London with his new real-life love, the American actress Caitlin FitzGerald, also 34 — denied his Poldark waves scene was a pitch to become the next 007.

Referring to Winston Graham’s historical novels on which the series is based, he said: ‘It was in the book and it has always been in the script and you never know how these things are going to be.

‘I wasn’t sure where it was going to fall in the episode and I didn’t know it was going to be on the front pages of the papers the next day, to be honest. It was all a bit of a shock. These things blow up a little bit.’

NEXTZayn Malik and Gigi Hadid enjoy life on the farm