IT WAS a once-in-a-lifetime opportunity to meet his idol — but Calum Scott left Katy Perry rather flushed with his toilet talk.

The Dancing On My Own singer suffered a bad case of verbal diarrhoea when he tried to get the US superstar to pose for a cheeky selfie at a showbiz bash hosted by Capitol, the record label they share.

The 28-year-old Yorkshire lad spilled to Guilty Pleasures: ‘I have met a few Hollywood types — I am on the same record label as Katy Perry.’

He described his encounter with Katy, 32, as ‘incredible and unreal’, adding: ‘When she met me she had a lot of people around her. They were trying to move her on.’

But he remained persistent because, as he explained: ‘I didn’t know when I would next have an opportunity to have a picture with her.’ 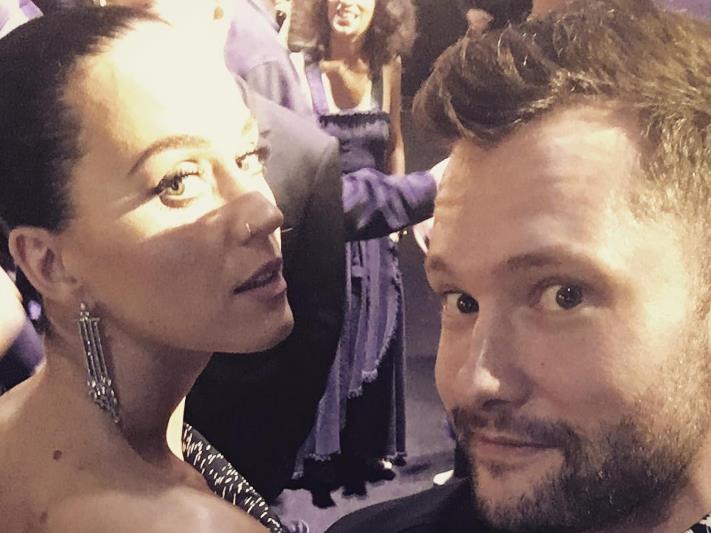 So when the Roar singer told him, ‘I just need to go to the bathroom,’ he blurted out: ‘Do you need a wee or a poo?’

Calum added: ‘She was like, “Wouldn’t you like to know!” and I said to her, “Whichever it is would you just hold it in for five more seconds whilst I get a selfie”. She was like, “Yeah that’s fine”.’

Calum said his filter fail didn’t ruin his meeting with his idol — although, as he admitted: ‘I looked at my A&R guy and he was mortified. It just came out of me. [But] she was real chilled with it.’

Once the A&R man recovered, he told Katy that Calum was behind Dancing On My Own. ‘She said, “I know the single, it’s incredible”,’ revealed a delighted Calum. ‘That was weird for a start, that she’d heard my music.’

He can next be heard on drum’n’bass track Light Us Up by Matrix & Futurebound.