Can you recognise this star when she’s off-duty?

FANS are more used to seeing her in police uniform, or seated at a table for AC-12’s long, nail-biting interrogation scenes.

But viewers would be hard-pressed to recognise Line Of Duty star Vicky McClure in her latest TV role.

The Bafta-winning actress sports a mop of short curls and large glasses in first-look photos from the BBC’s new factual drama, Mother’s Day. 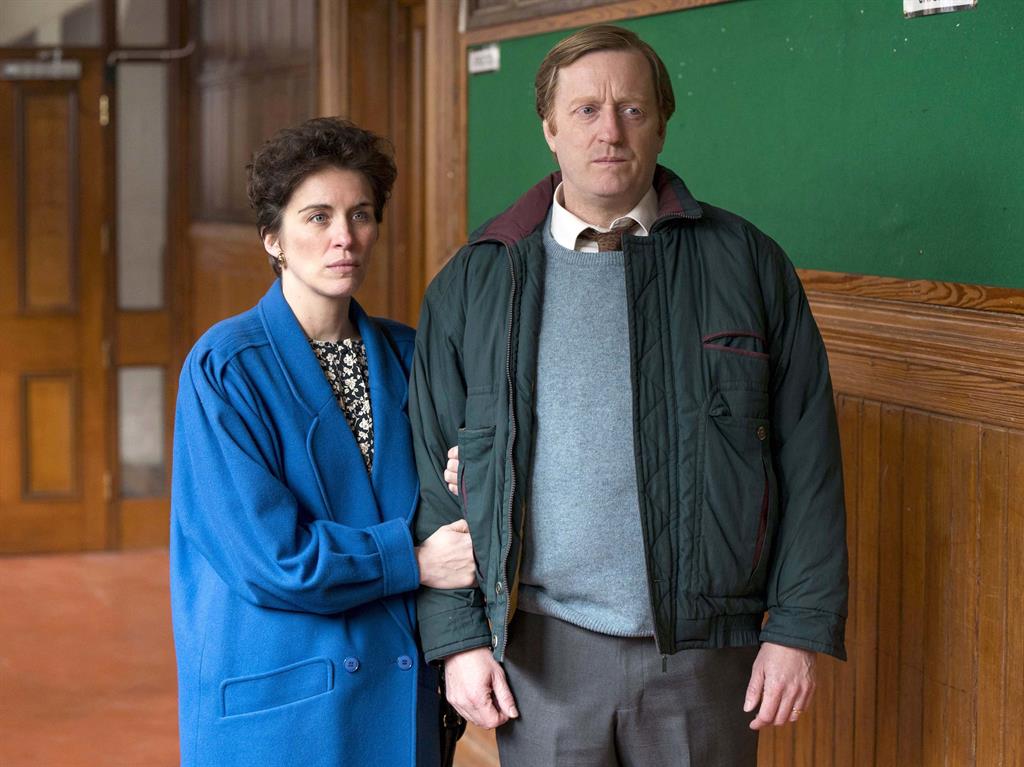 McClure, 35, plays peace rally organiser Susan McHugh in a dramatisation of the events, aftermath and public response to the Warrington bombing in Cheshire 25 years ago. She is joined by fellow Line Of Duty star Daniel Mays, along with Anna Maxwell Martin and David Wilmot.

Susan McHugh was the Dublin mother-of-two who was so outraged by the loss of young life in the IRA attack that she organised one of the largest peace rallies in Irish history, leading thousands through the streets in protest at the continued violence.

Maxwell Martin, 41, plays Wendy Parry, the mother of 12-year-old Tim Parry, who was one of two boys killed in the bombing. Mays, 40, will play Tim’s father, Colin, while Wilmot is Susan’s husband Arthur.

The drama focuses on the two ordinary women living on either side of the Irish Sea who are brought together in the wake of the tragedy.

The 90-minute one-off broadcast, which started filming in Belfast earlier this year, will air on BBC Two in the autumn.

Mother’s Day is written by Nick Leather, who also wrote Murdered For Being Different, the dramatisation of a real-life attack on a goth couple.

McClure — who reportedly will be back for Line Of Duty’s fifth series next year — says: ‘Susan McHugh’s actions back in 1993 remain just as inspirational today as they were 25 years ago.

‘I feel truly privileged to play her in this incredibly moving new film.’

NEXTShocked Justin Bieber on Demi Lovato: I thought she was sober