Cara Delevingne’s out of this world new role

BEAM me up, Cara…

The model-turned-actress looks out of this world as a scantily-clad space vixen — as her career is set to take off in Hollywood.

Despite having a string of high-profile films to her name, Delevingne once doubted she had the chops to make a name for herself in Tinseltown.

‘As a child I always wanted to be an actress,’ recalled the 24-year-old, ‘But going to school with all these incredibly talented people I was like, “I have no chance.” I still did it because I loved it but I didn’t ever think I’d do this’. And she was put to the test in new sci-fi flick Valerian And The City Of A Thousand Planets, directed by Luc Besson and co-starring US pop star Rihanna, when she was required to cry on camera.

‘If I cry, I want to cry alone,’ said Delevingne, ‘But what I learnt that day was I had to be strong to be vulnerable’. 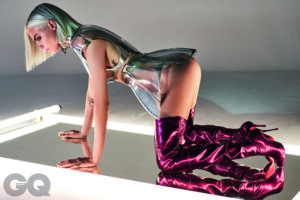 Meanwhile, the British model revealed her emotions really are skin-deep. ‘I work in an industry where I care what other people think,’ she told GQ magazine. ‘If I don’t admit that it’s going on, it comes out in my skin,’ said the catwalk star, who suffers from the skin condition psoriasis.

See her full shoot in the August issue of GQ, on sale Thursday. 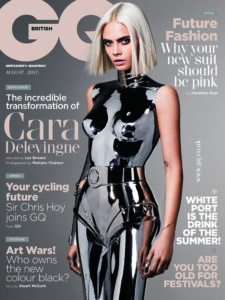 NEXTYou Me At Six’s Josh Franceschi talks Drake and pranking