ARIANA GRANDE seems to be suffering from travel sickness in a new trailer for the Carpool Karaoke spin-off.

The Side To Side singer, 24, turns a distinct shade of Shrek green while hitting the road with comedian Seth MacFarlane. 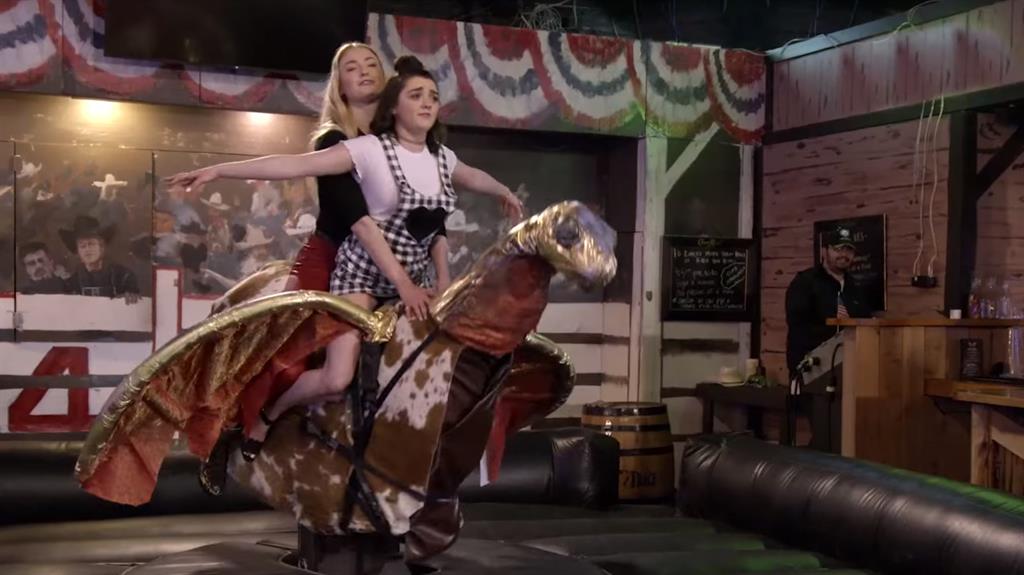 The promo for the standalone series — inspired by James Corden’s Late Late Show segment — also sees Game Of Thrones stars Sophie Turner and Maisie Williams behind the wheel. They end up enjoying a mechanical bull ride, with the bull transformed into a dragon.

Will Smith features in the star-studded clip, too, and randomly gatecrashes a wedding. Corden makes an occasional appearance in the show, to stream weekly on Apple Music from August 8.

NEXTWell, at least it’s A list! The Big Brother ‘celebrities’