Chef Goldblum gets his sausage out

WHY is Jeff Goldblum happily handing out free sausages from a food truck in Sydney city centre?

Only a cynic would say it’s a PR stunt, timed perfectly to coincide with the announcement that he is reprising his role as mathematician Dr Ian Malcolm in the forthcoming fifth Jurassic World film.

When asked what he was doing apparently fronting a food operation named Chef Goldblum, the actor remained typically enigmatic. 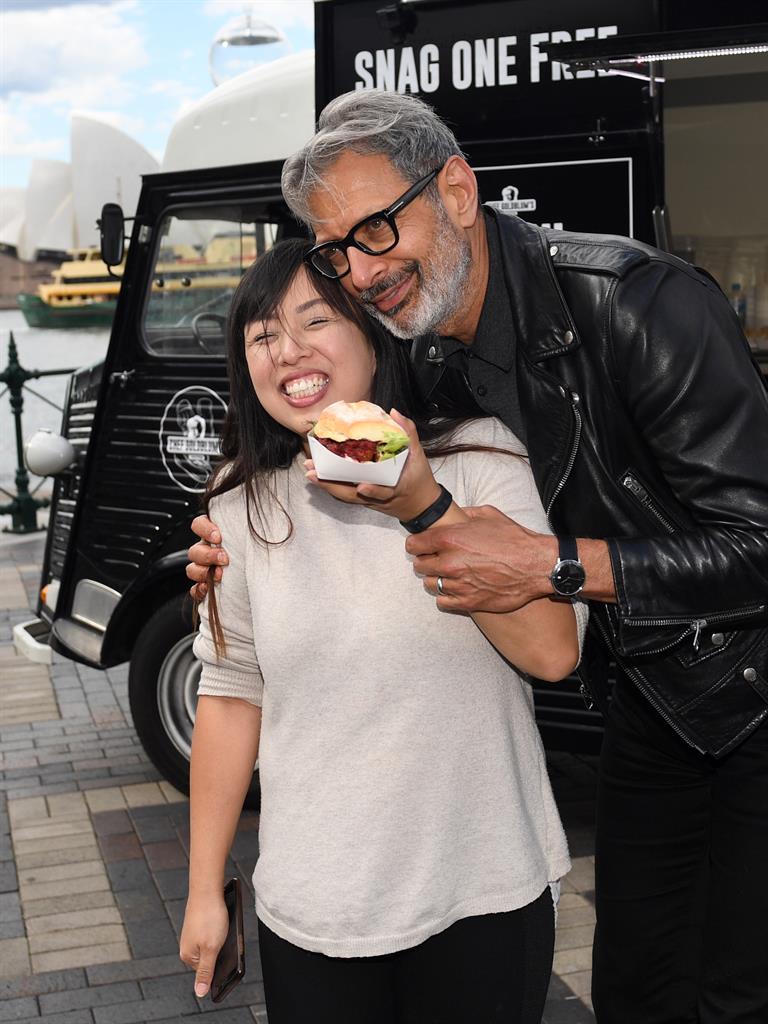 ‘It’s a secret, I can’t say. What do you think it’s about?” he asked the Australian Associated Press.

He was happy to pose with various surprised punters and their patties, though.

When pressed, he elaborated ‘Let’s say that I’m doing some research for some work that I’m going to do in my chosen profession.’

Could those terrifying T-rexes be about to get… bapped?

PREVIOUSMadge: ‘Only I can tell my story’