ONE’S a superhero, the other a supermodel, but a battle raged for who would come out on top as chief diva at the GQ Men of the Year Awards.

In the blue corner was Avengers heart-throb Chris Hemsworth, who breezed along the red carpet followed by an entourage of no less than half a dozen people to look after him throughout the evening.

His army of staff were seen whisking him off to an extra-special VVIP backstage area, despite him having a seat at the dinner table among fellow Marvel heroes such as the cast of Black Panther. A-listers such as Jeff Goldblum and Donatella Versace were happy to remain in the celeb-packed room. 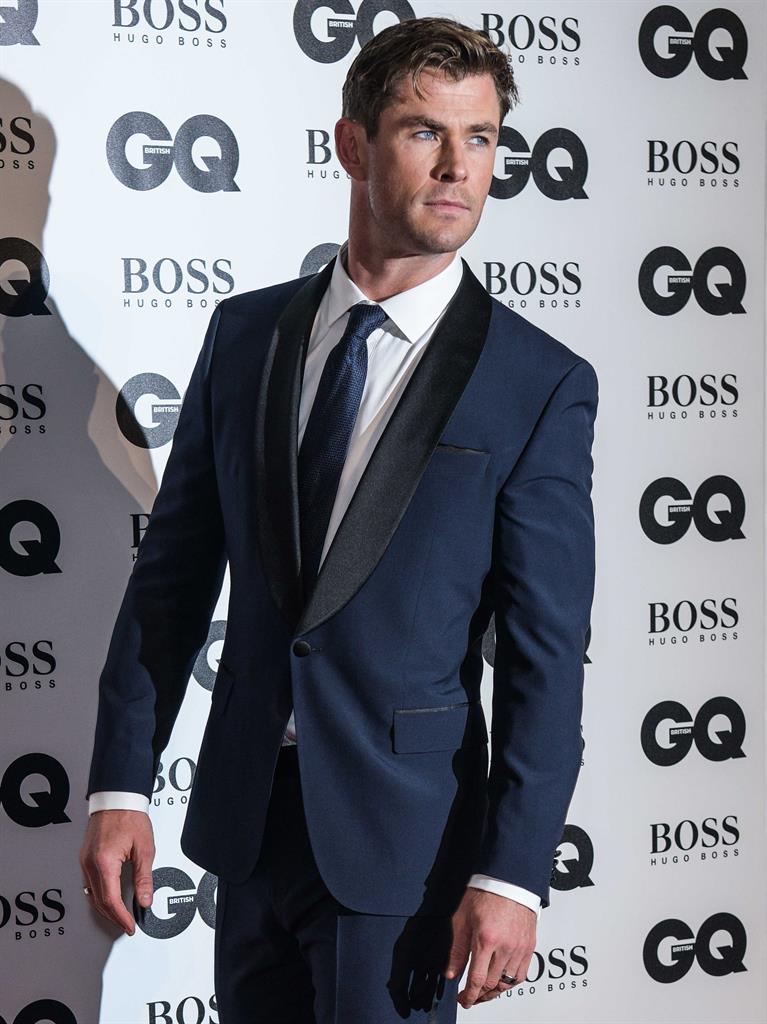 Although Hemsworth did intermittently dip in and out of the party to circulate, the towering hunk appeared to be the only star assigned his own bodyguard, seemingly for protection against the other high-profile industry guests.

The security professional was seen escorting him to and from his own special area, concealed by screens. One guest said: ‘Chris did as he pleased and stepped over a cordon with his security so he could head to his hidden area backstage to escape. One organiser was even left searching for him, asking dinner guests if he’d been seen.’ When he did mingle, the 35-year-old Thor star put on a charm show, agreeing to selfies with guests who managed to get past his beefy shadow.

Enter Naomi Campbell in the red corner… she was spotted with an assistant whose job was to hold a torch and light up the floor in front of the 48-year-old as she walked to and from the loo with a female friend. It was a night of mixed fortunes for Naomi after she accidentally described Africa as a ‘country’ during her acceptance speech for fashion icon of the year.

PREVIOUSBake Off’s Candice Brown: I put on my wedding dress and cried after body-shaming

NEXTIs Kate Beckinsale the celeb who upset Ronan Keating on the red carpet?