Chris Pratt, flirting up a swarm with The Wasp Evangeline Lilly

CHRIS PRATT seemed to be feeling super about being single again as he appeared to flirt with Evangeline Lilly.

The Avengers: Infinity War actor made a beeline for Evangeline, aka The Wasp, at the movie’s world premiere in LA… but his ex-wife Anna Faris may have felt stung by the pictures of their touchy-feely display.

Pratt had his co-star in fits of giggles as she rested her head on his shoulder and playfully patted his chest. However, the pair are just friends — Evangeline, 38, is already taken. She has two children with her long-term partner, actor Norman Kali.

Pratt, also 38, and Faris, 41, filed for divorce in December and have a five-year-old son, Jack. ‘Divorce sucks,’ Pratt said last week. ‘But we’ve got a great kid whose parents love him very much.’ 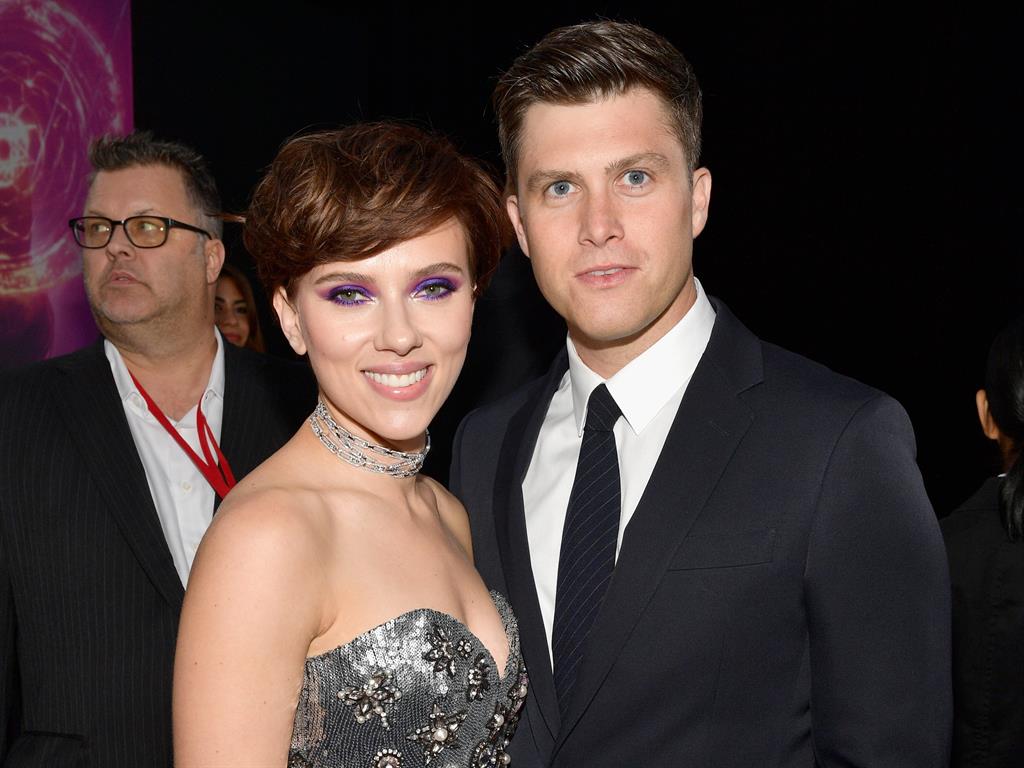 Scarlett Johansson and comedian boyfriend Colin Jost (pictured above) made their red carpet debut at Monday’s premiere. ‘I’m excited to share this with him,’ said ScarJo, 33, who plays the Black Widow.

NEXTClaudia: They had me at Mary