CHRIS PRATT is a pretty ‘go-with-the-flow guy’, but he has let on he’s a bit precious about one thing: smoking.

The Guardians Of The Galaxy star recounted being on set in Britain when he fancied indulging his craving.

‘The Brits are so polite. There I am, smoking these little cigars on the set and it is, in fact, illegal. But they were so reluctant to finally say, “I’m very sorry, but I’m afraid it’s against the law,”‘ he told Cigar Aficionado magazine.

Defending his behaviour, Chris said: ‘Hey, I show up on time, I know my stuff. It’s, like, my one diva thing.’

But there is one other thing he will no longer tolerate, and that’s fan selfies.

‘I’ve always been a pretty deferential, go-with-the-flow guy. But now I have to be economical with my time,’ he said.

‘If I go out and want to do normal things, I have to be comfortable disappointing people. So I just don’t take pictures with people. Because that’s not about enjoying the moment; it’s about stealing the moment to brag about later. So I say, “Would you settle for a handshake?”‘ 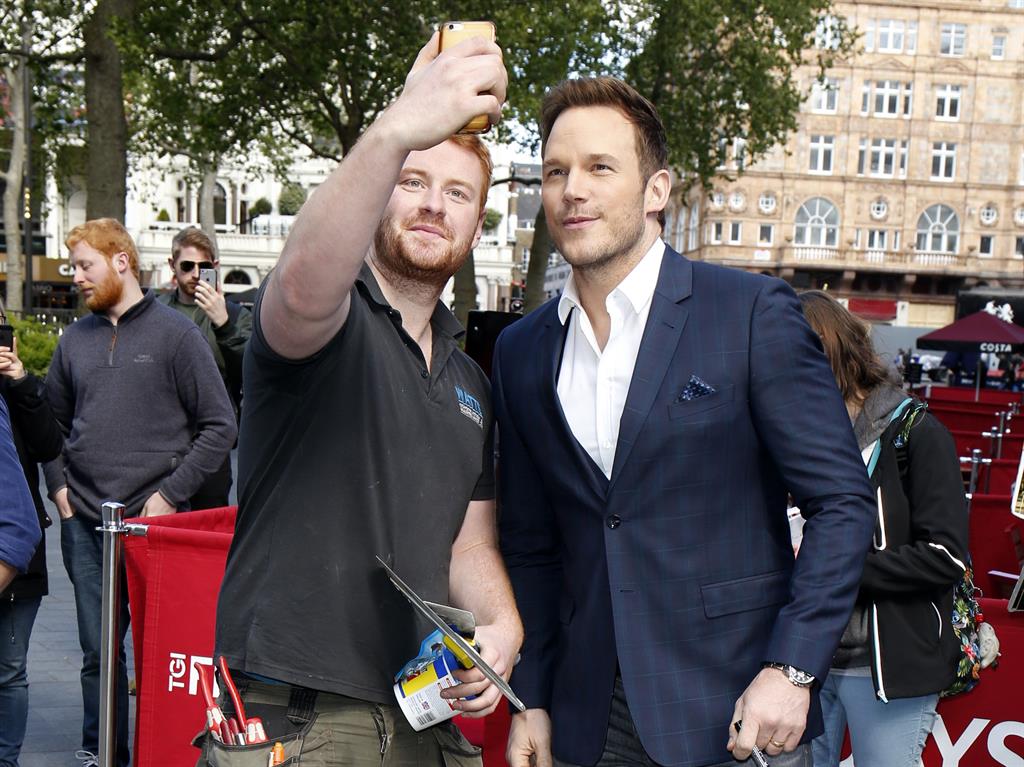 This doesn’t really fly with most fans, though, as Chris admitted: ‘…and then they take the picture anyway.’

PREVIOUSZayn is at Gigi’s peck and call