STARS have piled in to criticise United Airlines after a couple of girls were banned from a flight for wearing leggings.

Chrissy Teigen admitted to having gone commando on a UA flight in solidarity with the pair.

‘I have flown united before with literally no pants on. Just a top as a dress. Next time I will wear only jeans and a scarf,’ the model tweeted.

And actress Patricia Arquette got into quite a slanging match with the company, tweeting: ‘Who is your gate agent policing girls clothing?’

She also added: ‘Do U understand U have just made at least half UR customers very unhappy?’

Comedian Sarah Silverman opted to take direct action, tweeting: ‘Hey @united I fly a LOT. About to go on tour all April and changing all my @united flights to other airlines’.

But William Shatner topped all these tweets simply by taking his top off: 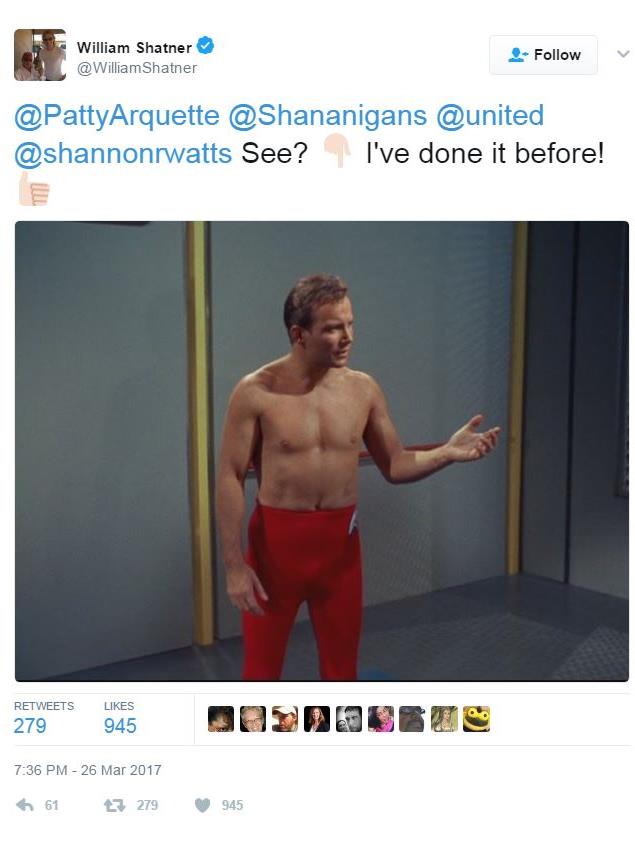 PREVIOUSMay the Barlow be with you