Clooney awarded a kiss — and a lifetime achievement gong

GEORGE Clooney shared a kiss with his wife Amal before receiving a lifetime achievement award. 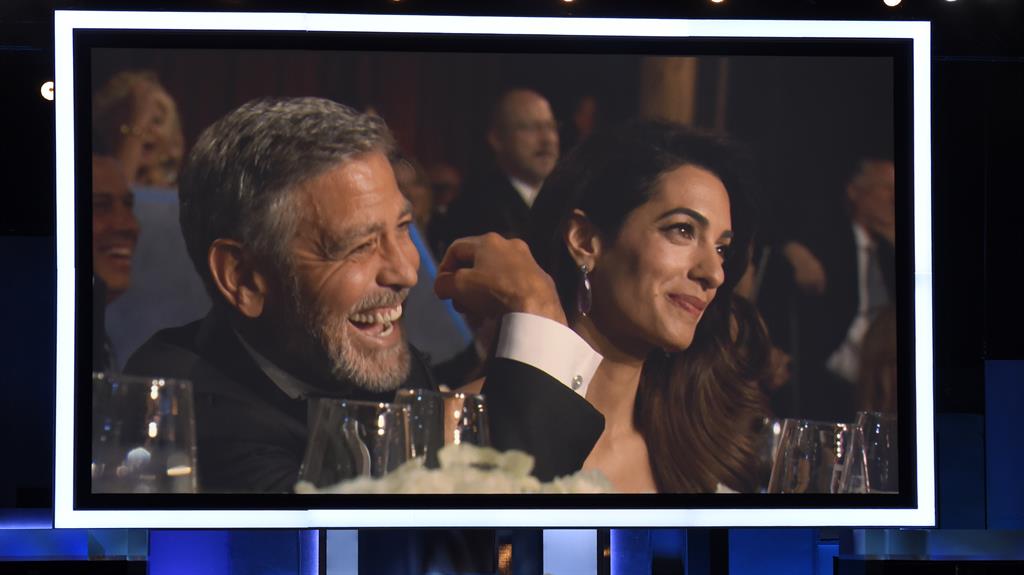 Mr Obama appeared by videotape, while Kimmel touched on Clooney’s love of pranks, quipping that his greatest was ‘convincing (recently disgraced) Roseanne (Barr) to open a Twitter account’, The Hollywood Reporter said.

During the event, Clooney, 57, joked about the first birthday of his twins, Ella and Alexander, US website People said.

‘Well, the kids got drunk. I came home they had a bottle of booze. They’re feeling better today,’ the actor said, before adding of family life: ‘It’s perfect.’

NEXTJason Derulo’s World Cup goal… is to bag a WAG