LOVED-UP couple Chris Martin and Dakota Johnson have been spotted ‘holding hands and kissing’ on a veggie brunch date.

The pair, who are yet to publicly confirm their romance, looked ‘really cute together’ according to a fellow diner at Heirloom Restaurant in Vancouver.

The woman, who snapped the photos, said they held hands and kissed over coffees at the vegetarian eatery at around 1pm on Sunday.

Coldplay star Chris, 40, and his Fifty Shades actress girlfriend, 28 — who were first spotted together in October — were friendly with staff and Chris waved at fans, she said. 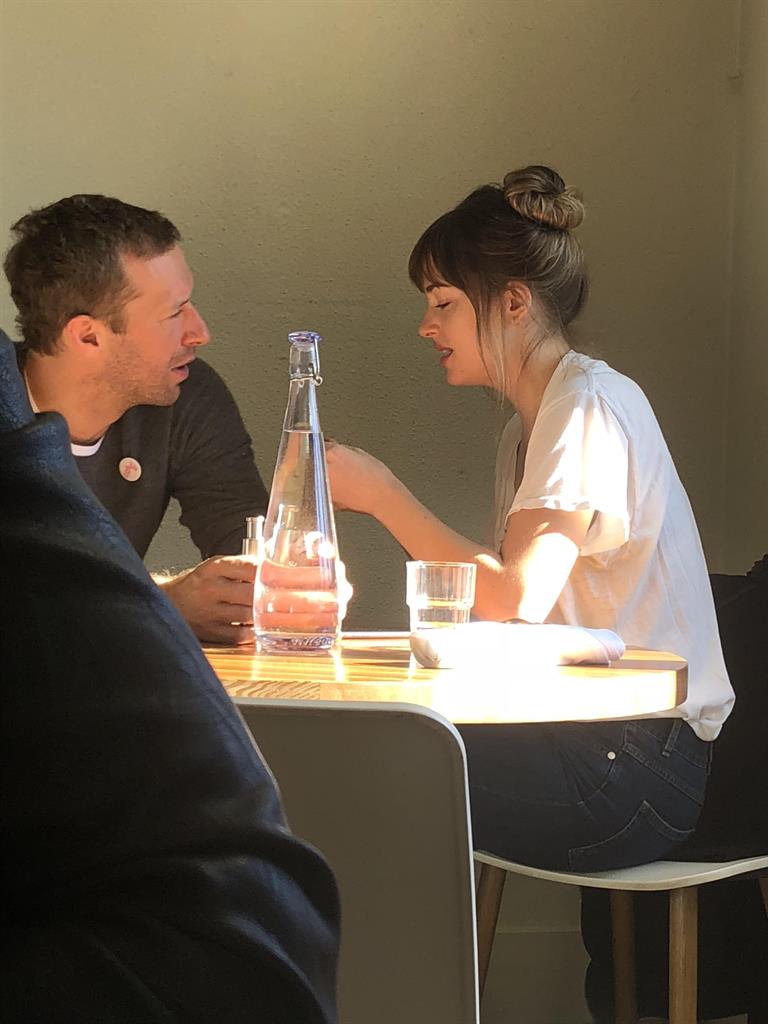 The diner, who asked not to be named, said: ‘We were waiting for a table when they came in and were brought to a reserved table in the corner of the restaurant. We were then seated right in front of them.’

She revealed that the pair didn’t order much — ‘just two coffees and something small to share’.

‘They were sitting close and holding hands. We saw them kiss,’ she added.

Chris was ‘really friendly’ and ‘seemed like a really nice guy’, she said, chatting to the waitress and waving back to fans when they spotted him through the window.

‘Him and Dakota seemed really cute together,’ she said. ‘It was really casual, she was wearing Converse All Stars.’