CORONATION Street star Daniel Brocklebank has revealed he has suffered homophobic abuse since starring in the show.

The actor — who portrays gay vicar Billy Mayhew — is breaking new ground on the ITV soap as he raises a child in a same-sex relationship with Todd Grimshaw (Bruno Langley).

Brocklebank, who is gay himself, told The Mirror he regularly receives abuse on social media over his sexuality.

The 37-year-old (pictured above, centre) said: ‘Because I’ve been out professionally since I was 18, I’ve been aware that I was overlooked for roles because producers knew I was gay, and I’ve had to put up with homophobic abuse on social media.

‘People forget that you are a person, who still goes home to their family every night. I think they expect you to be thick-skinned. What they don’t see is when you shut the front door after a barrage of abuse and have to try to shake it off.’ 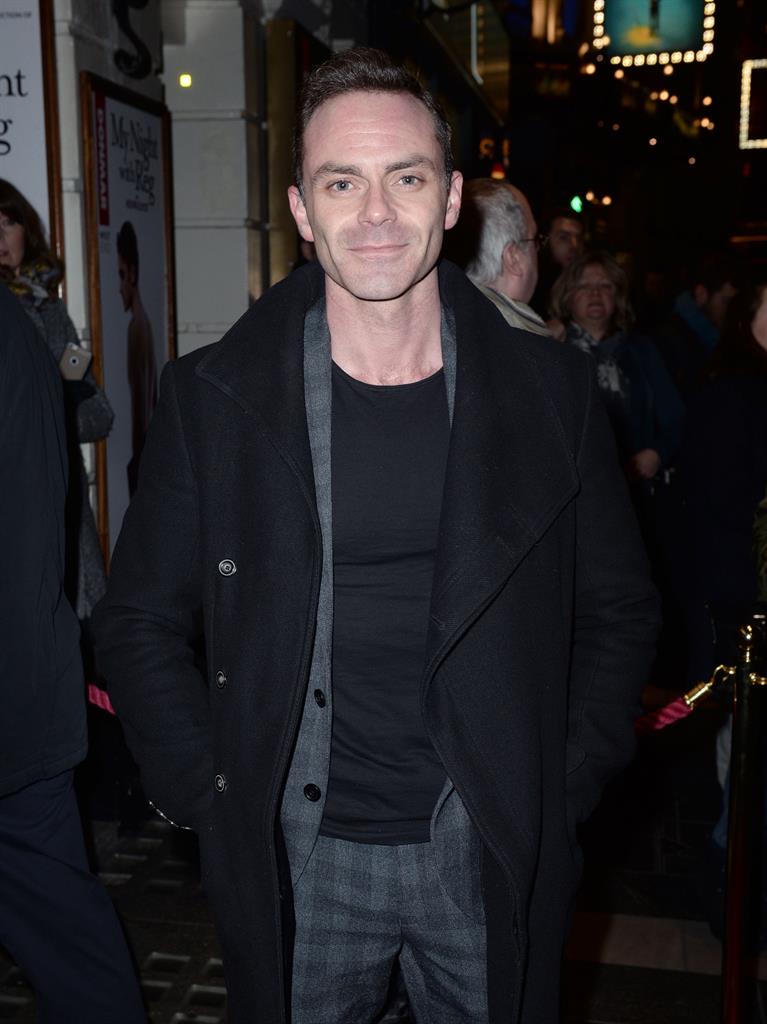 Opening up about a scene involving him and Langley last year which saw them kissing, he told the newspaper: ‘I think that caused more backlash than any other storyline I’ve had, and I had a lot of parents getting in touch saying they were disgusted and that they had to explain to their child why two men were kissing.’

‘My response to that was, “Great, that’s amazing that you’ve actually been able to educate your kid that love comes in all different formats”.’

He praised the soap for the adoption storyline, adding it ‘has to move with the times otherwise we’re going to end up out of touch’.

Brocklebank added a fan burst into tears last year as she explained how his portrayal of Billy had helped her son.

‘I thought, my God, if I’ve helped just one person then it’s all worth it. Growing up I didn’t have any of that, so it makes me proud that I can make a difference,’ he said.