Cough it up, Eamonn: Holmes forced to vacate GMB sofa

The presenter was interviewing Julian Clary with co-host Kate Garraway in the last segment of the show when he was forced to apologise for the noise he was making.

He said: ‘I’m sorry I’ve got one of these air conditioned coughs.’

He added: ‘I think what I might do is just leave and let you guys (carry on).’

Garraway had earlier paused during the interview to ask Holmes: ‘Are you alright, are you with us?’

As he left the set Garraway told him: ‘Come back, come back and join us.’

Clary said: ‘Will he ever be seen again?’

Garraway later said to the guest: ‘That could be it. Are you the man to finish off Eamonn Holmes, Julian, with a strange allergic reaction?’ 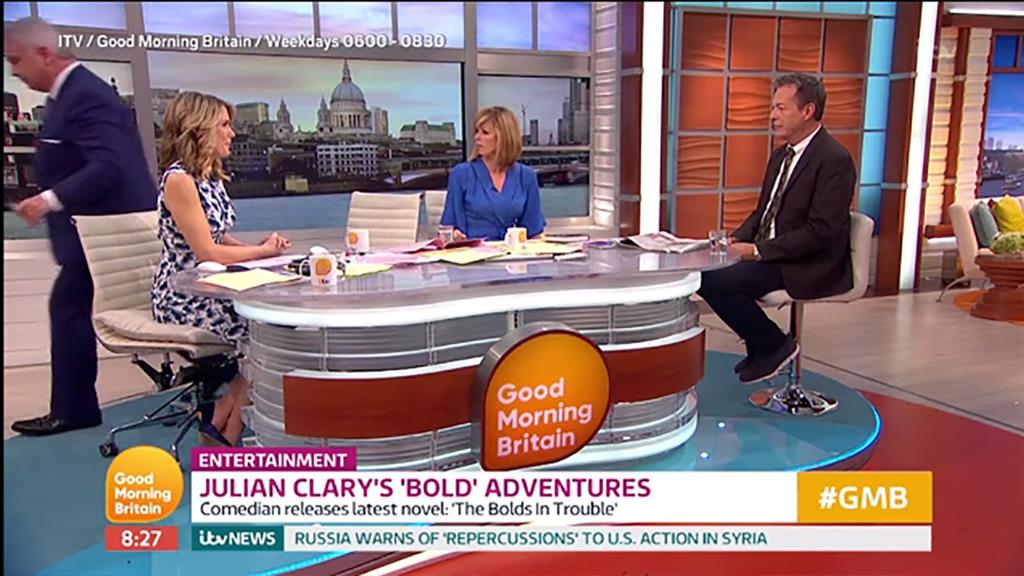 Holmes did not return to the set before the end of the broadcast.

Earlier in the show Holmes presented Garraway with a bag of grooming goodies, just a day after she discovered a roller in her hair while live on air.

Garraway was opening the show when she became distracted and pulled out a large roller from the back of her head before bursting out laughing and saying: ‘I’ve just discovered I’ve still got the roller in my hair! I wondered what was itching me.