Could K-Stew’s new do signal a tattoo?

KRISTEN STEWART has ‘done a Katy Perry’ and debuted a radical new do.

Earlier this week, the Twilight actress unveiled her shift from brunette to blonde, but on the red carpet for her Personal Shopper premiere in LA she went one step further than the Roar singer, showing off a full buzzcut.

As her hair stylist Bridget Brager put it on Instagram: ‘We tried something a little different today ✨✨✨’

Meanwhile, her make-up artist Jillian Dempsey described the look as ‘so punk’. 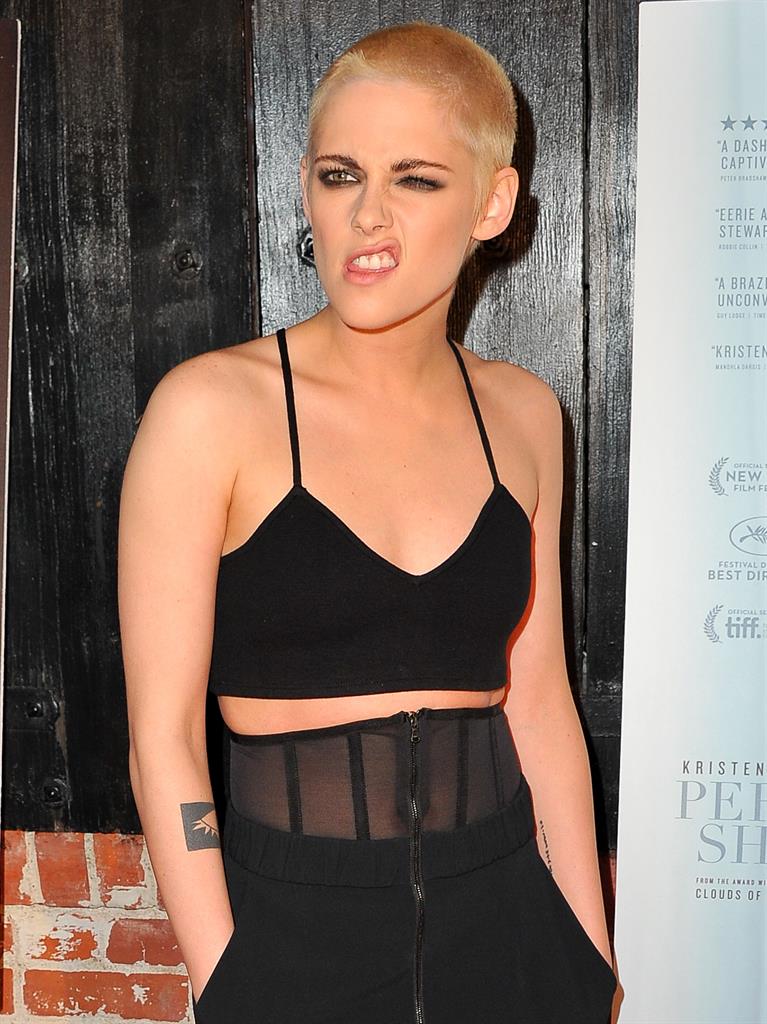 It is believed Kristen may have gone for the chop for her next role, in thriller Underwater, which ‘focuses on an underwater scientific crew forced to go on a dangerous journey for survival following an earthquake’, according to Variety.

Certainly in the past, Kristen has said she’d experiment more with her hair if she weren’t an actor.

‘I would cut it more, I would dye it more,’ she said, adding: ‘I’m definitely going to shave my head before I die. I will definitely tattoo my head while it’s shaved before my hair grows back.’