On it, the former Celebrity Big Brother winner recreates the nude pose the girls used to promote single Strip.

‘The girls were in stitches,’ he said. ‘They’ve got a great sense of humour and knew I was taking the p***.’ 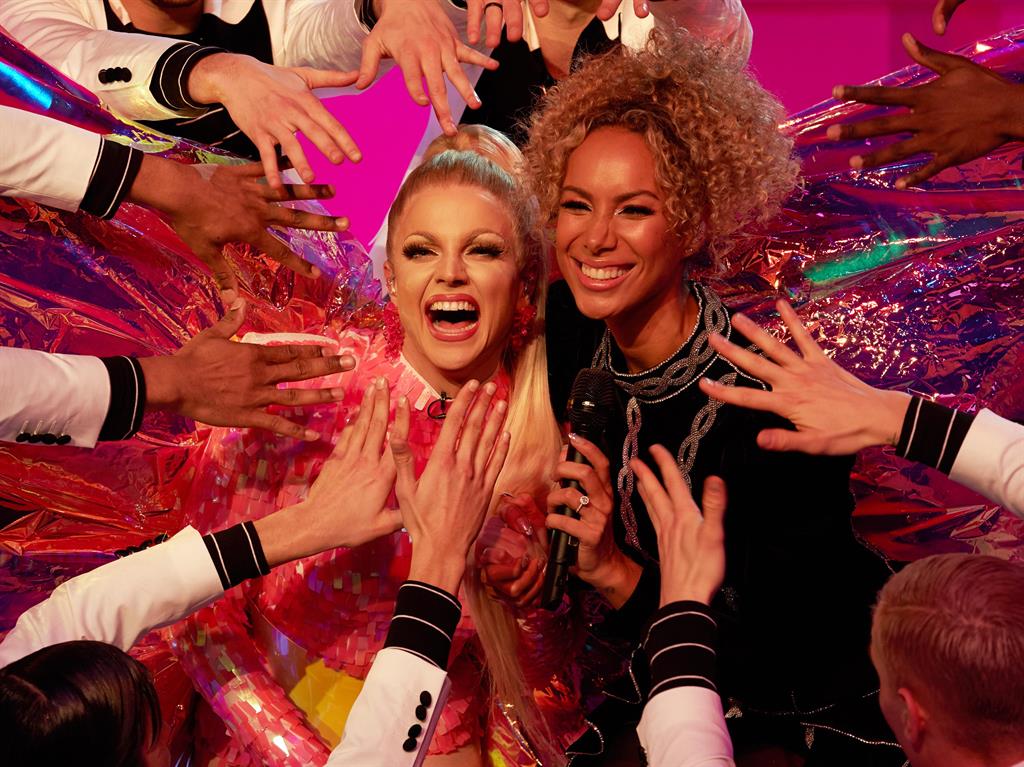 Little Mix stripped off in a social media promo snap for the song, which they penned to ‘encourage and empower people to be who they are.’

And it is a message Courtney — real name Shane Jenek — is happy to back.

‘Strip is the band saying they will not let people shame them for the way they are. Yes, they are female pop stars with an impressionable audience but what is important is owning your identity and being comfortable with that.’

He met the girls when they saw his act at a gay bar in London a few years ago, and appeared in a music video for their 2017 hit Power.

‘Jade is a drag super fan,’ he added. ‘Asking them on my new show was me calling in a favour.’

Courtney also gets risqué with singers Leona Lewis, 33, and Zara Larsson, 21, on his Channel 4 show.

‘Leona and I perform a duet of Santa Baby. She spoke about her engagement. There was a funny moment and I said, “Can I have a look at your ring?” The audience chuckled and I was like, “No, that’s not what I mean. We can’t talk about sphincters in front of Leona!” She did blush but was so adorable.’

And Swedish-born Zara was ‘a real scream’, he added.

‘She is fronting a condom campaign to fight HIV and we had an Oprah Winfrey moment… throwing condoms into the audience.’

Courtney hopes his show will be ‘the queerest, most camp, most fabulous thing on UK TV this holiday season’.