Craig Revel Horwood: I’d be out of step as Strictly head judge

STRICTLY Come Dancing star Craig Revel Horwood missed out on the show’s top job — but insists it was far from a ‘di-sah-ster’.

It turns out ‘Mr Nasty’ never wanted to take over as head judge when Len Goodman stepped down last year.

‘It would have been wrong for me because I would have had to be a smiley mediator, which isn’t my nature,’ the 52-year-old explained and jokingly added: ‘Besides, you don’t get more money.’

Giving his seal of approval to Len’s replacement, ballroom star Shirley Ballas, 56, he said he can’t wait to swap quips with the one-time judge on US TV show Dancing With The Stars.

‘I think she’ll be great,’ he said. ‘She has more knowledge than any of the other judges — including me, although telly requires more than that. Time will tell.’

As for rows over the contest being ‘fixed’, Craig has suggested a tweak to the BBC1 hit show’s format. 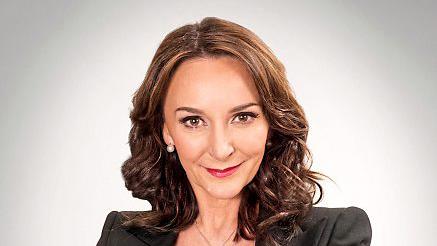 ‘I wish they’d make the figures from the phone vote public,’ he sighed, though he admitted: ‘If one celeb gets 13million votes and another gets two, it might not go down well.’

And what are the cha-cha-chances of seeing pal Camilla, Duchess of Cornwall, on the Strictly dancefloor? ‘I’m going to her 70th birthday party soon and I can’t wait. She’s so lovable,’ he told the Radio Times.

NEXTOoh law law… Jennifer Lawrence is so daring at Dior