RUSSELL CROWE is picking over the bones of his 14-year marriage by selling off his movie memorabilia — including a dinosaur skull.

His £1million Art of Divorce collection includes a fossil bought for £24,000 from fellow A-lister Leonardo DiCaprio in a drinking session.

‘We were on the sauce one night and next thing you know a cheque was signed and I had a dinosaur skull,’ he said.

Other items include a life-size Gladiator prop horse and a violin used by his character Captain Jack Aubrey in Master And Commander.

Also among the lots at the Sotheby’s Australia auction is his jockstrap from 2005 boxing biopic Cinderella Man. ‘Funnily enough it’s attracting a lot of attention,’ he told Good Morning Britain.

The star, who separated from Danielle Spencer more than five years ago, said he wanted to do something positive and came up with the idea of the auction ‘after a couple of vodkas in the middle of the desert’. He said: ‘No matter how amicable a split is, you’ve still got to unwind things at a very deep level.’ RUSSELL CROWE found the inspiration for his unique divorce auction at the bottom of a bottle of vodka.

The Aussie actor struggled to come to terms with his split from soon-to-be ex-wife Danielle Spencer following their initial separation five and a half years ago. 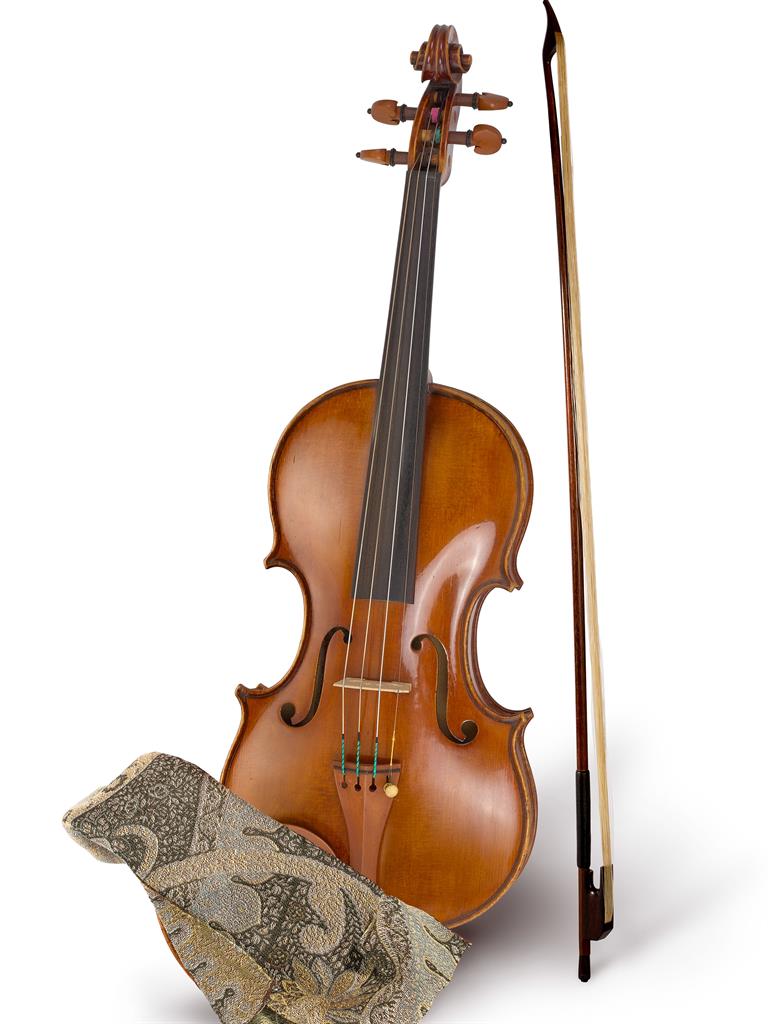 ‘It’s kind of been in my life and sort of pervasive across it for such a long time,’ Crowe explained, ‘Getting to this point with the divorce, and no matter how amicable a split is, you’ve still got to unwind things at a very deep level’.

With some Dutch courage, the Proof of Life star happened upon the idea of selling off movie memorabilia built up over the course of their 14-year-old marriage.

‘I was looking for a way to bounce that into something more positive so this is what I came up with,’ he added, ‘It was after a couple of vodkas in the middle of the desert.’

Among the items on offer is a dinosaur fossil purchased for the bargain price of £24,000 ($35,000) from fellow A-lister Leonardo DiCaprio during a boozy session.

‘We were on the sauce one night and next thing you know a cheque was signed and I had a dinosaur skull,’ Crowe recalled.

Fans may sweat, too, over the chance to get their mitts on the jockstrap he donned in 2005 boxing biopic Cinderella Man.

‘I put it into the collection as a piece of whimsy, as a bit of a gag and funnily enough it’s attracting a lot of attention,’ the 53-year-old told Good Morning Britain.

The collection, titled The Art of Divorce, has reportedly been valued at £1million and is being auctioned off in partnership with Sotheby’s.