Penelope Cruz: I was scared of nude scene but grew a second skin

SHE looks like a woman more than comfortable in her own skin but Penelope Cruz has told of her fears at shooting her first nude scene.

The Spanish actress has bared nearly all for a new shoot for Esquire magazine. On the cover, she gazes confidently at the camera, with her modesty protected by a velvet curtain.

But the Vicky Cristina Barcelona star says it was a different matter when, at 18, she had to strip naked for her breakthrough role in 1992 film Jamon Jamon.

‘I was not looking forward to those scenes but I did it,’ said the 43-year-old. 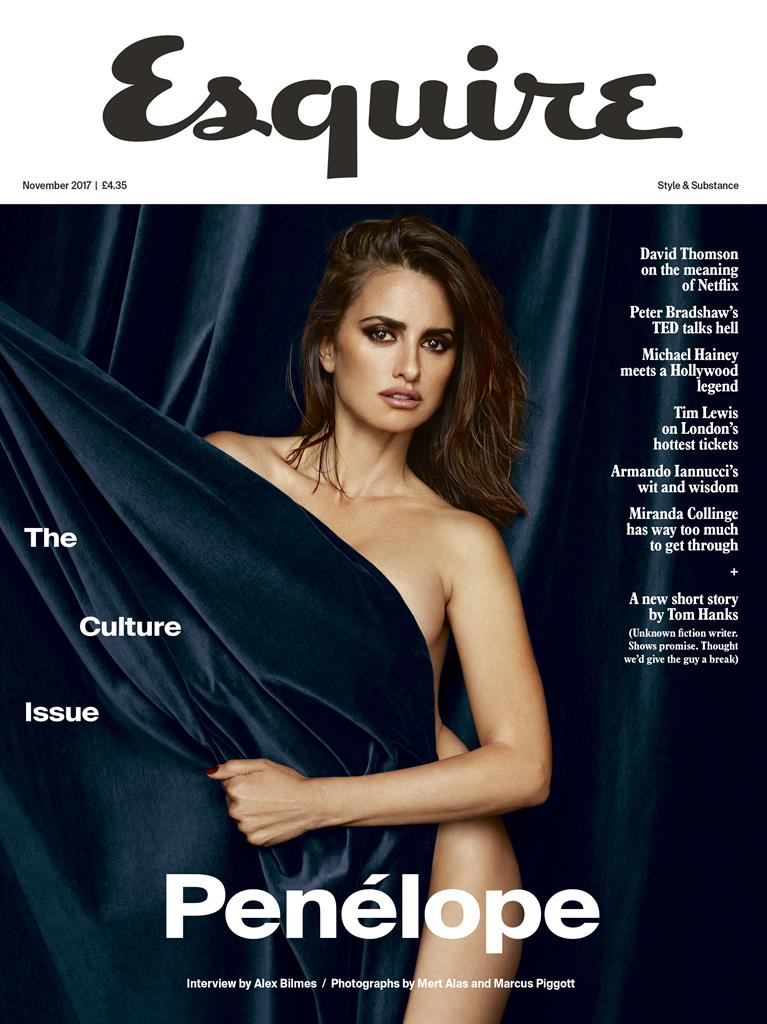 ‘Everyone was really respectful, aware of the fact I was 18.’ She went on: ‘I remember the last day of filming I was crying, saying, “What if I never shoot a film again?” The feeling was devastating.’

The film, directed by Bigas Luna, also starred Javier Bardem, whom she went on to marry in 2007 and with whom she has two children.

In the early Noughties, her three-year romance with her Vanilla Sky co-star Tom Cruise made the headlines.

And she talks about the fame game in the November issue of Esquire magazine.

‘I went from really wanting to be famous at the beginning to not liking it at all, to making peace with it and saying, “OK, this is just a consequence of my job,”’ she said.