The pair were such hot favourites that bookies began paying out hours before the result was revealed, having offered odds of 1/12 on them winning.

And the loyal lovers, who remained an item throughout their eight weeks in the show’s Majorcan villa, were duly crowned as viewers voted for their favourite couple. 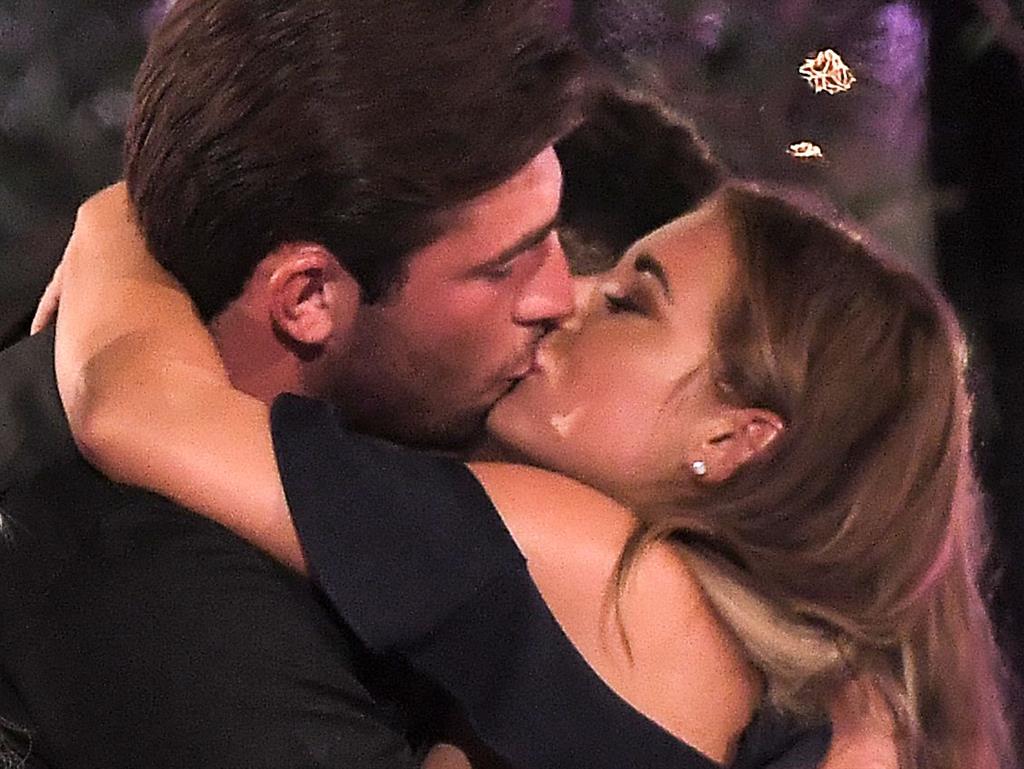 He said: ‘I can’t believe with all these people coming and going we stayed together from day one.

‘Biggest test afterwards? Living with her – I don’t know how this happened.’

Dani said: ‘I’m lost for words. It’s horrible when you’re not together but that’s normality I suppose.

‘I feel so lucky and grateful, it’s been an amazing experience.’

Jack and Dani were left as one of the final two couples after Megan Barton Hanson and Wes Nelson learned they’d finished fourth and Josh Denzel and Kazimir Crossley came third.

Host Caroline Flack then declared they had beaten their last rivals Laura Anderson, 29, and Paul Knops, 31.

Earlier, viewers had seen Dani tell her man: ‘Jack, when I first entered the villa, I never imagined that in a million years I would have met someone as special as you.

‘From our first date together on the beach, to our trip in a hot air balloon, we have made so many special memories, and I can’t wait for even more.’

Other contestants in the final also insisted their love was for real before learning the outcome live on ITV2.

Laura, who ended up with Paul after romances with Wes and Jack Fowler, said she knew he was the one for her as soon as he joined the show.

The 29-year-old added: ‘I truly fancy you more and more each day.’