DANI DYER and Jack Fincham have split four months after being crowned winners of Love Island.

Just days ago, Dani posted a lovey-dovey pic of the couple on Instagram, which she captioned ‘Feeling Christmassy’. 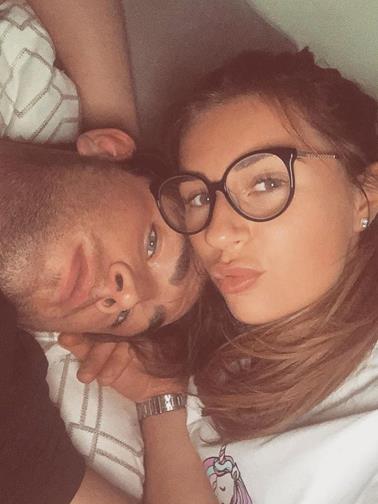 But now the pair, who have been filming a reality show about their life together, have parted ways six months after becoming a couple in the first weeks of the ITV show.

Dyer confirmed their split in a message posted to her Instagram story, in which she said they had realised their relationship was ‘not meant to be long term’.

She added she and Fincham, 27, planned to stay friends and urged their fans to be understanding of the situation.

She said: ‘Jack and I have sadly decided to part ways. It’s been an incredible six months, and we will always have a place in our hearts for each other, but we’ve sadly come to the realisation that it’s not meant to be long term. We both plan to stay friends. I hope you’ll all understand.’

But some fans responding on social media seemed at a loss, writing: ‘I am confused. 6 days ago… You seemed so happy together.’

The pair had recently moved in together, and the news comes a day after Dyer, 22, announced the release of her autobiography.

The book, entitled What Would Dani Do?, is expected to shine a light on the couple’s relationship after their departure from the Love Island villa.

Dyer and Fincham’s representatives have been contacted for comment.