DANNY DYER had to tell Piers Morgan to ‘stop talking’ when the pair shared some much-anticipated screen time last night.

The awkwardness arose because Piers has been a vocal critic of Love Island — the ITV show on which Danny’s daughter Dani is competing — calling its contestants ‘halfwits’, among some of his kinder barbs.

Yesterday, Piers anticipated the TV hardman would ‘probably punch me at some stage’ when the pair appeared together on a special evening edition of Good Morning Britain to discuss the World Cup — and Dyer certainly looked in no mood to be chatty as the interview began. 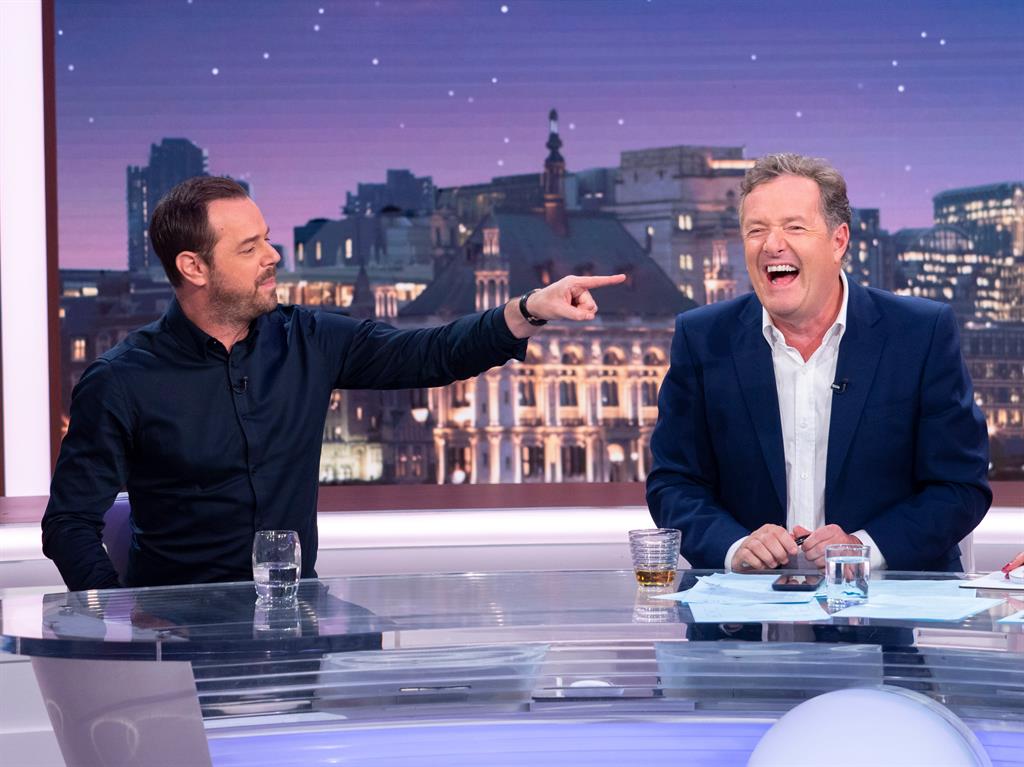 But getting his grovelling in early, Piers said: ‘Danny, before we go any further, you may have been led to believe from social media that I’ve spent the last three weeks calling every contestant on Love Island a “bunch of braindead zombies”.

‘I’d like to clarify that obviously doesn’t include anyone in the villa who is called Dani Dyer, which I believe is your daughter. There’s been a terrible misunderstanding.’

As Danny tersely tried to get a word in, he added for good measure: ‘She is an oasis of intelligence and beauty and grace.’

When Piers broke in to apologise, he added: ‘Just calm down, stop being so emotional.’

Danny later went on to defend his daughter Dani, despite admitting he wasn’t overjoyed at her taking part in the show.

He said she hadn’t ‘put a foot wrong’ and when asked by co-host Susanna Reid how he felt watching his daughter ‘being seduced on national television’, he said: ‘It’s a nutty thing. I didn’t want her to do it, I’d never seen it before… you fear it as a father.’

‘I did struggle at first, it was difficult. ‘But as it’s gone on, I think what she’s done is she’s proved with this reality TV thing that actually you can be a decent girl, with self-respect, dignity, not be rolling under the bedsheets, still have respect off the man and be loved and adored by young people.’

Danny also seemed remarkably laid back about his daughter’s new boyfriend Jack Fincham, saying he ‘seems like a good kid’ — though he did joke he’d ‘strangle’ him if he joins the villa’s ‘Do Bits Society’ and gets frisky with Dani.

PREVIOUSRobbie Williams: There’s something missing in me

NEXTStars glam up for polo as Meghan keeps it casual