DANNY DYER has warned Love Island’s Jack Fincham that there will be ‘issues’ if he hurts his daughter, Dani.

Jack and Dani (pictured above), who are the favourites to win in tonight’s final of the dating show, have been an item since the start of the series, and the EastEnders actor has given Jack his seal of approval.

But Dyer has said that if the stationery salesman makes his daughter cry, he will be in trouble.

The soap star told the Daily Mirror: ‘If a tear drops from my daughter’s eye, then there is going to be issues.

‘Listen, Jack — just look after her and treat her like a princess and worship her like the woman that she is, and everything will be sweet.’ 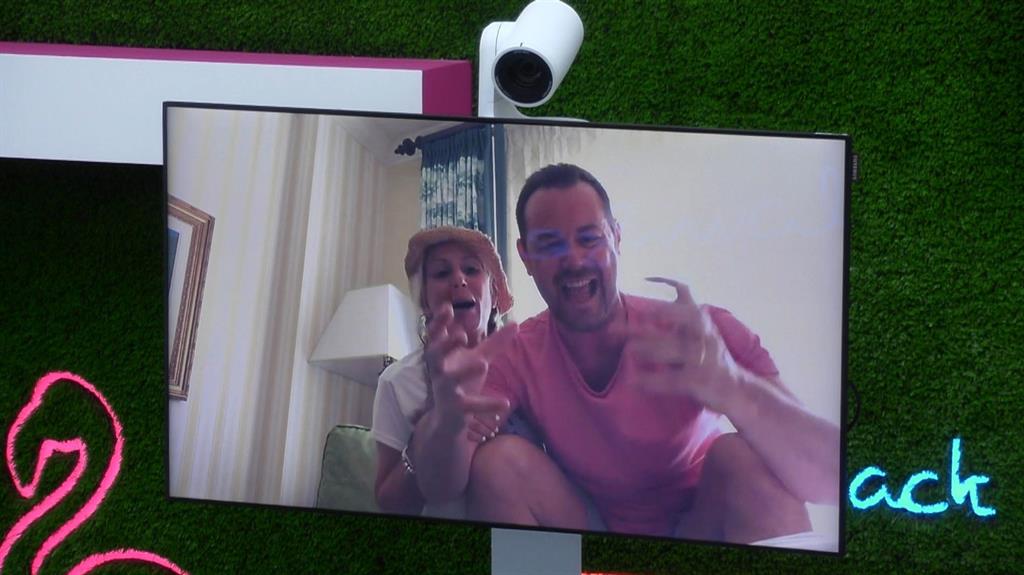 Dyer finally spoke to Jack via a video call in Sunday’s episode of the ITV2 dating show (pictured above), telling him that he was happy for him to be in a relationship his daughter.

However, he said he will tease Jack when they finally come face to face.

‘When I meet him, I might wind him up for the first couple of minutes,’ he said.

Referring to Jack having a poster on his bedroom wall from one of Dyer’s films, the actor said: ‘It makes sense that he has a poster of me — I found that hilarious.

‘When my successful films — Football Factory and The Business — came out, it would have been about 2005/2006. (Jack) would have been 15, so that was our market audience.’

Dyer said he does not think Jack’s appreciation for his work ‘has got anything to do with the fact of why he wants to be with Dani’.

He added: ‘She is so lovable and such an incredible human being. Any man would be so lucky to have her.

The Love Island final airs at 9pm on ITV2.

NEXTGemma Arterton’s escape was a laugh with Dominic Cooper