DAVID BADDIEL has been praised for putting a Twitter troll in their place.

The comedian hit out at the foreign secretary for describing Labour leader Jeremy Corbyn as a ‘mutton-headed old mugwump’.

Taking to the social media site, he wrote: ‘Nothing makes me want to vote for Corbyn more than Boris Johnson using — and thinking it’s adorable — his stupid Billy Bunter language.’

But one Twitter user challenged his reference to the gluttonous schoolboy, replying: ‘You haven’t read much Billy Bunter, have you @Baddiel?’

To which, Baddiel had the perfect comeback — a newspaper clipping of himself as a teenager surrounded by the annuals in which Bunter featured. 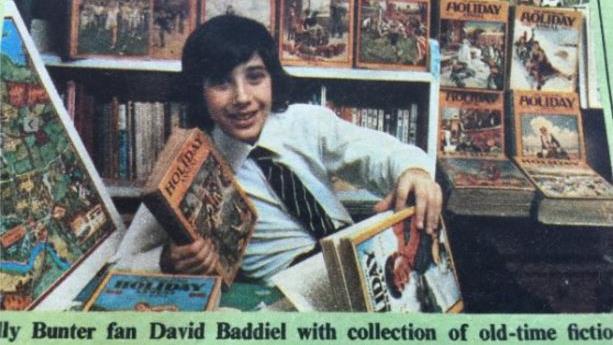 One Baddiel admirer branded his retort the ‘greatest own ever’.

Later, Baddiel clarified that he wouldn’t actually be voting for Corbyn.

‘No. And I don’t want to vote for him. Boris saying c***y stuff like that just *makes* me want to. Hope that’s cleared that up,’ he tweeted.

PREVIOUSThere was no Banana drama, we just went our different ways