DAVID BECKHAM and ex-Bake Off host Mary got on Berry well when the two appeared on The One Show for a chat on Monday.

First the culinary queen beamed as the former footballer started talking about his love of creating pasta in the kitchen.

Father-of-four Becks said: ‘I love cooking. I lived in Milan for about 11 months, and I had quite a relaxed schedule with the team.

‘So in the afternoons, I used to go and take a culinary course for five months. The kids loved pasta.’

The 82-year-old then blushed the shade of braised beetroot as she told him: ‘Victoria’s got jolly lucky, hasn’t she?’

She then set about trying to pull on the 42-year-old’s heartstrings, telling him: ‘My grandchildren are very sporty. They love the outside, in all weather!’

Viewers took to social media to talk about the pair, with one tweeting: ‘Watching Mary Berry swoon over David Beckham on The One Show is absolute tv goals #theoneshow #whataman’. 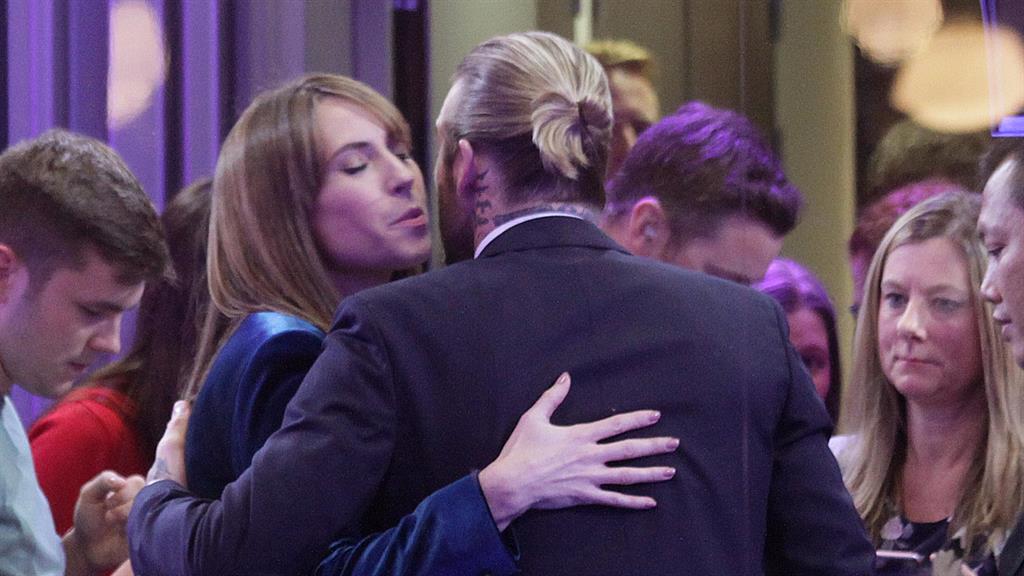 Another wrote: ‘The way David Beckham is looking at Mary Berry on The One Show is too much. Watch out @victoriabeckham’.

But Berry wasn’t the only one happy to see Becks as pictures showed host Alex Jones, 40, also holding on for a kiss as she welcomed him on to the show.