DAVINA MCCALL faked an orgasm on Wednesday’s edition of The Nightly Show — and viewers seemed to approve.

The telly host, who is fronting the late-night entertainment show this week, was talking about hackers taking over people’s smartphone-controlled sex toys when she appeared to ‘pull a Meg Ryan’.

Writhing around in what looked like the throes of ecstasy seemed to hit the spot with audiences, though, marking a change in the show’s reception since it debuted with David Walliams last month.

One viewer posted on Twitter: ‘@ThisisDavina best host of The Nightly Show.’ 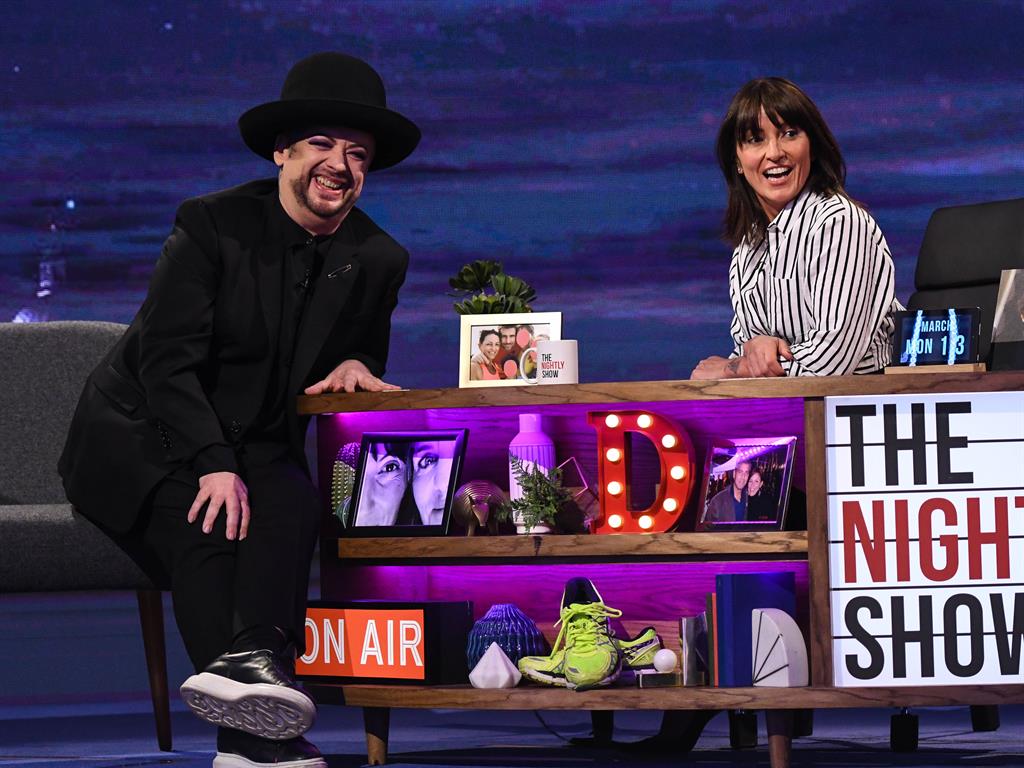 She was even forgiven a swearing slip when she admitted to guest Julian Clary that he had once ‘scared the s***’ out of her.

Also included in the 30-minute show was an interview with Take Me Out’s Paddy McGuinness, a mini matchmaking session and a race around the studio — all in just 30 minutes. Go, Davina!

PREVIOUSTressed to impress! Harry’s growing back his long locks