Davina McCall: Why people need troubles in their lives

DAVINA McCALL assured fans she is in a ‘good place’ after bouncing back from her shock marriage split.

The TV presenter has started a new chapter in her life following the break-up from Matthew Robertson, her husband of 17 years.

They have two daughters — Holly, 16, and Tilly, 14, and an 11-year-old son, Chester. Despite reports that she is forking out £2.5million for a ‘quickie divorce’, McCall remains upbeat.

The former Big Brother host, who has spoken publicly about battling alcohol and heroin addiction during her 20s, insists people need to experience adversity.

She explained: ‘If you haven’t been through anything difficult, the minute you do, it will hit you like a freight train and you won’t know what to do because you’ve never been given the tools to deal with it.

‘When I think of all the stuff that happened with my mum in my childhood, and the drugs and the alcohol, and my sister dying, and knowing I got through all that — all of those things make you think, “Throw anything at me — I’ll be okay”.’ McCall had a troubled relationship with her mum Florence, an alcoholic who died in 2008, and lost her half-sister Caroline Bada to cancer in 2012. 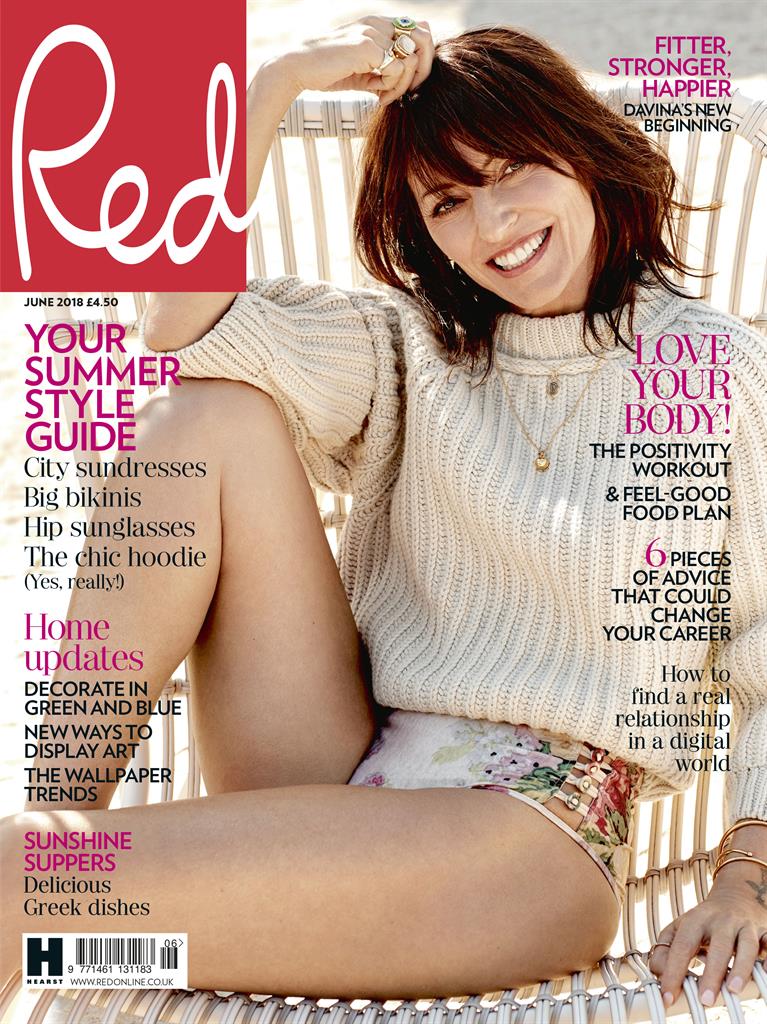 She admits giving up booze was tough. ‘I had to grieve not drinking,’ she said. ‘That was so sad. But I knew that alcohol was the gateway to drugs for me, and it would still be the gateway. It’s just not worth it.’

Having turned 50 last year, McCall hit back at body trolls, arguing there is no age limit for wearing a bikini. ‘I’ve got more saggy skin because of my age, but that doesn’t bother me — not a f*** is given,’ she told Red magazine — while posing in a bathing suit. See the June issue of Red, out on Wednesday.