ONE — Rihanna, that is — seems rather amused by the reaction to cheeky snaps of the Queen that she posted online.

Pop’s bad girl refused to Take A Bow down to the backlash she caused by uploading pictures of Her Majesty’s head superimposed on RiRi’s body.

She even gave the pot one last stir yesterday when she shared a new photo of the monarch, this time in the Dior sunglasses of her recent ad campaign. ‘Haters will say it’s photoshop,’ quipped the 29-year-old. 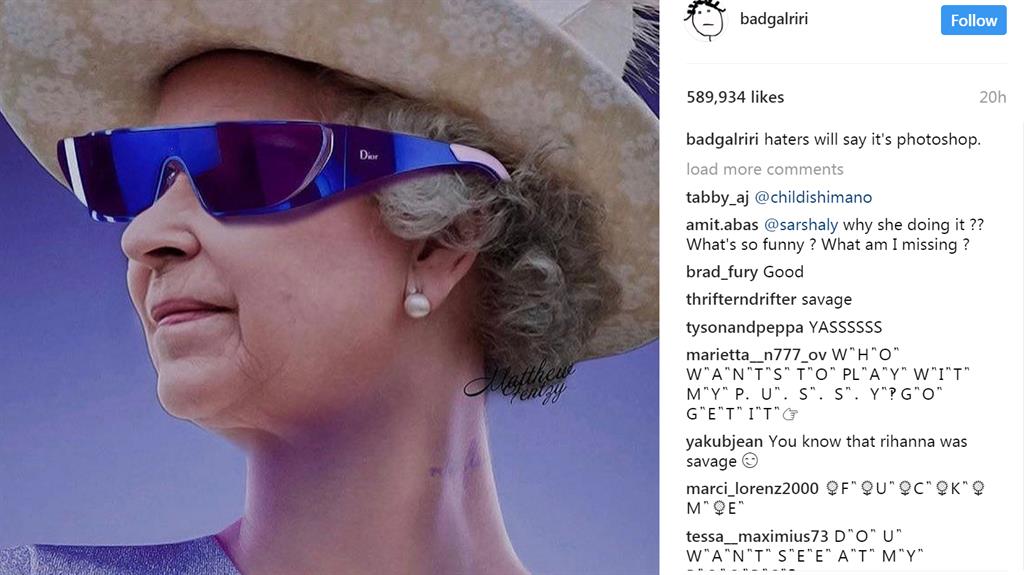 The Anti singer was criticised at the weekend for giving the Queen a Photoshop ‘makeover’ as she celebrated her 91st birthday.

‘This is not funny,’ complained one follower, while another added: ‘This is now bordering on disrespectful. You’re better than this.’