They scheduled his show at the iHeartRadio festival a full 24 hours before Niall Horan and Louis Tomlinson took to the stage in Las Vegas.

It meant Styles skipped an awkward meet-up with his fellow 1D-ers, following claims he cut mention of the boy band from a promo for a show about his life.

Hazza, 23, looked like he had raided Mick Jagger’s wardrobe when he performed his headline slot in a diamond print Gucci suit on Friday.

The next night, Niall, 24, and Louis happily played on the same bill. Louis, 25, teamed up with Bebe Rexha to perform their track Back To You.

The Irishman beat the boys in the US Top 40 Radio Chart as song Slow Hands took the No.1 slot.

‘When I wrote this song, there was no way I thought it would do stuff like this. Thank you so much,’ Niall told his fans. 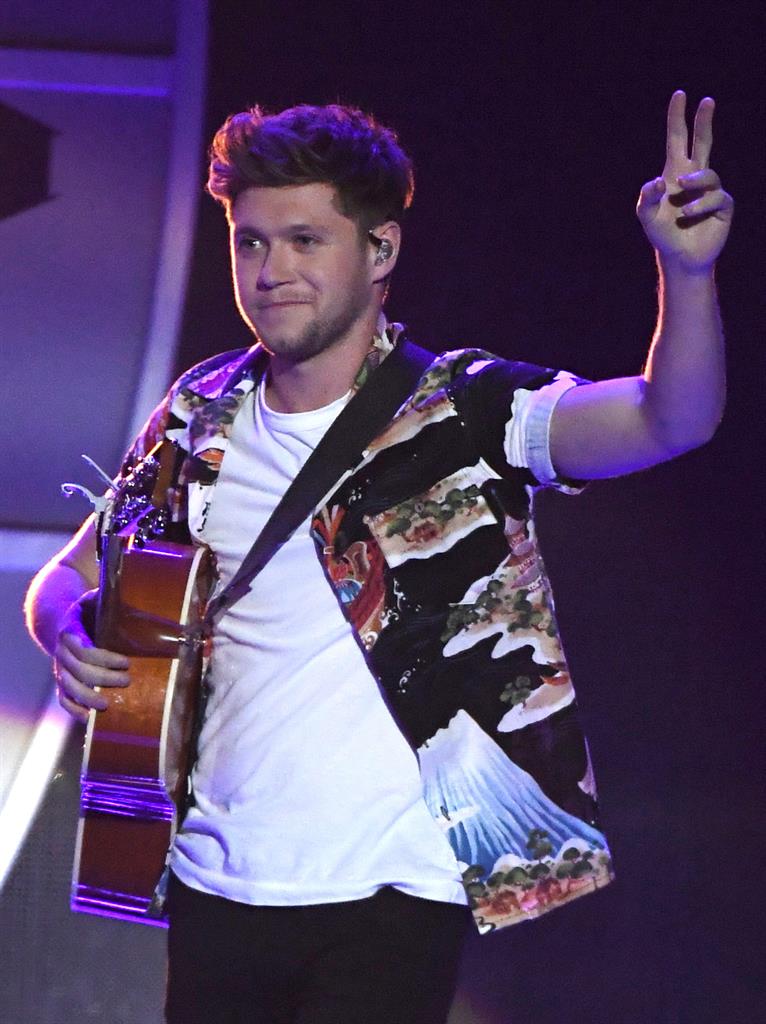