ELISABETH MOSS let her feisty feet do the talking on Emmys night, it has emerged.

Although The Handmaid’s Tale actress wore a demure creamy-pink dress to the TV awards ceremony where she won the best actress gong, it turns out she was channelling the rebellious spirit of her character all along — in a hidden message on the bottom of her shoe.

Her stylist Karla Welch revealed the sneaky act when she posted a photo of one of the soles, which had the word ‘Off’ written on it, alongside the caption: ‘You’ll have to guess what the other shoe says. Our note to the patriarchy #teamresistance.’ 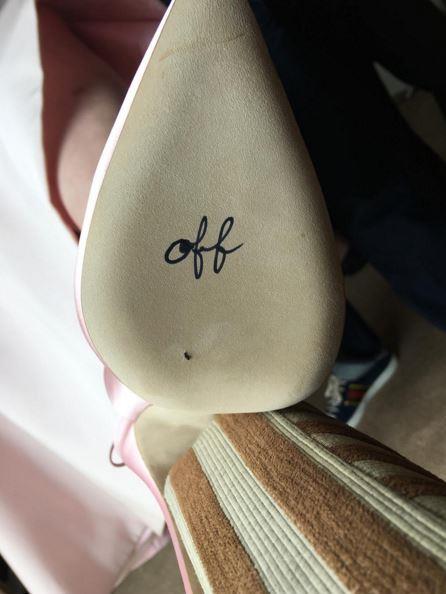 While many assumed the other shoe must bear a rather earthy swear word, others pointed out it could be a reference to her character’s name, Offred, which made perfect sense…

…until we saw this picture of Elisabeth holding her awards with a deliberately extended middle finger — and realised that most people read left to right and the ‘Off’ was on her right foot. 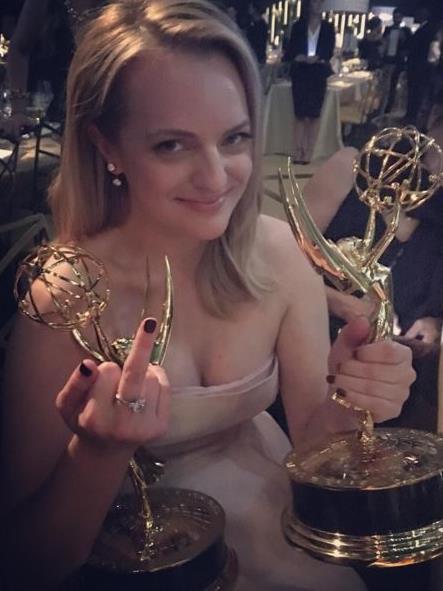 She capped off her gutsy night by posting her admiration for Handmaid author Margaret Attwood, whom she referred to as ‘a champion, a heroine, a rebel, and a fighter for freedom and equality’.

NEXTHolly Willoughby’s sexy snaps put her fans in a fizz