Just last week the Doctor Who star was wowing Comic Con attendees with a rendition of Copacabana while wearing a ‘totally blinged’ Tardis-themed frock at Comic Con.

But, as every time traveller knows, a lot can change in a short space of time and yesterday he was rushed to Eisenhower Medical Center in California with appendicitis.

Posting a video from his hospital bed, a croaky post-surgery John said: ‘I feel a bit like I’ve been hit by a car and I’m sore all over.’

That’s a far fry from his comments of the week before: ‘I’m so dizzy right now — I totally blinged myself out! I am the transgender TARDIS!’ 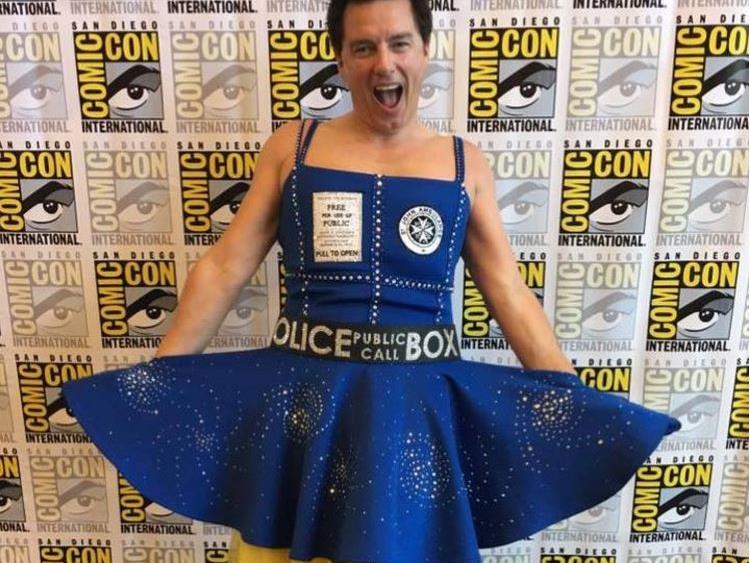 But despite yesterday’s gruelling surgery, John was soon looking much better.

Three hours later he posted a photo of himself sitting up in bed wearing some Who-themed socks, captioned: ‘Got my fan made #TARDIS socks on keeping my feet warm in the hospital.’ 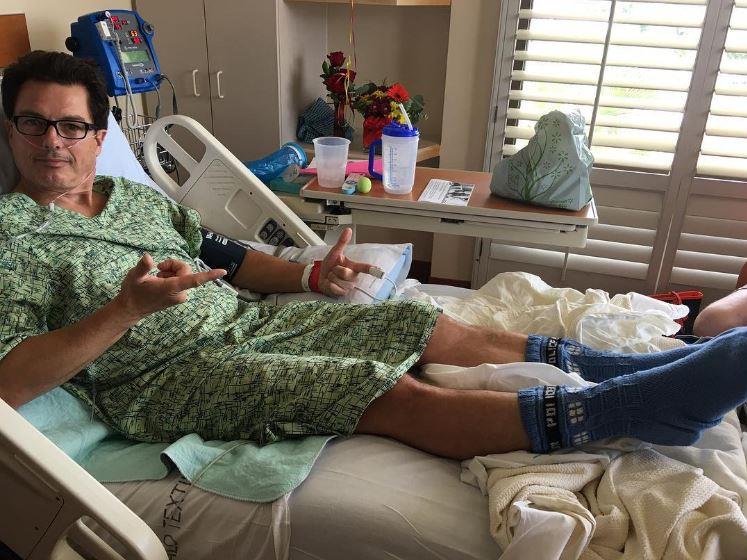 Let’s hope the footwear has some Who-like regenerative qualities so John is back on his feet soon.